1 to take to or upon oneself

3 to form an opinion from little or no evidence

4 to present a false appearance of

5 to provide with a paying job

How does the verb assume contrast with its synonyms?

Some common synonyms of assume are affect, counterfeit, feign, pretend, sham, and simulate. While all these words mean "to put on a false or deceptive appearance," assume often implies a justifiable motive rather than an intent to deceive.

assumed an air of cheerfulness around the patients

When would affect be a good substitute for assume?

The words affect and assume are synonyms, but do differ in nuance. Specifically, affect implies making a false show of possessing, using, or feeling.

affected an interest in art

In what contexts can counterfeit take the place of assume?

In some situations, the words counterfeit and assume are roughly equivalent. However, counterfeit implies achieving the highest degree of verisimilitude of any of these words.

How does the word feign relate to other synonyms for assume?

When is it sensible to use pretend instead of assume?

While in some cases nearly identical to assume, pretend implies an overt and sustained false appearance.

pretended that nothing had happened

When is sham a more appropriate choice than assume?

The words sham and assume can be used in similar contexts, but sham implies an obvious falseness that fools only the gullible.

shammed a most unconvincing limp

When might simulate be a better fit than assume?

The synonyms simulate and assume are sometimes interchangeable, but simulate suggests a close imitation of the appearance of something.

cosmetics that simulate a suntan

The first known use of assume was in the 15th century 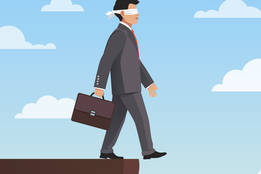 Yes, but one implies confidence

More from Merriam-Webster on assume