How is the word deduce distinct from other similar verbs?

Some common synonyms of deduce are conclude, gather, infer, and judge. While all these words mean "to arrive at a mental conclusion," deduce often adds to infer the special implication of drawing a particular inference from a generalization.

denied we could deduce anything important from human mortality

Where would conclude be a reasonable alternative to deduce?

The words conclude and deduce can be used in similar contexts, but conclude implies arriving at a necessary inference at the end of a chain of reasoning.

concluded that only the accused could be guilty

When can gather be used instead of deduce?

The words gather and deduce are synonyms, but do differ in nuance. Specifically, gather suggests an intuitive forming of a conclusion from implications.

gathered their desire to be alone without a word

When could infer be used to replace deduce?

While the synonyms infer and deduce are close in meaning, infer implies arriving at a conclusion by reasoning from evidence; if the evidence is slight, the term comes close to surmise.

from that remark, I inferred that they knew each other

When is judge a more appropriate choice than deduce?

While in some cases nearly identical to deduce, judge stresses a weighing of the evidence on which a conclusion is based.

judge people by their actions 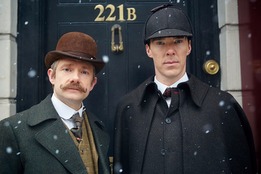 More from Merriam-Webster on deduce