1
as in skepticism
a feeling or attitude that one does not know the truth, truthfulness, or trustworthiness of someone or something all his promises were received with well-deserved suspicion

How does the noun suspicion differ from other similar words?

Some common synonyms of suspicion are doubt, dubiety, mistrust, skepticism, and uncertainty. While all these words mean "lack of sureness about someone or something," suspicion stresses lack of faith in the truth, reality, fairness, or reliability of something or someone.

When would doubt be a good substitute for suspicion?

The words doubt and suspicion are synonyms, but do differ in nuance. Specifically, doubt suggests both uncertainty and inability to make a decision.

When is dubiety a more appropriate choice than suspicion?

Although the words dubiety and suspicion have much in common, dubiety stresses a wavering between conclusions.

When is it sensible to use mistrust instead of suspicion?

The words mistrust and suspicion can be used in similar contexts, but mistrust implies a genuine doubt based upon suspicion.

When can skepticism be used instead of suspicion?

In some situations, the words skepticism and suspicion are roughly equivalent. However, skepticism implies unwillingness to believe without conclusive evidence.

In what contexts can uncertainty take the place of suspicion?

The synonyms uncertainty and suspicion are sometimes interchangeable, but uncertainty may range from a falling short of certainty to an almost complete lack of conviction or knowledge especially about an outcome or result. 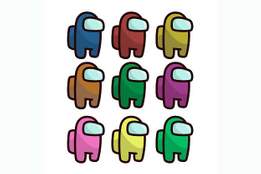 The fact that you're asking is kinda sus, tbh

More from Merriam-Webster on suspicion