How is the word dispatch distinct from other similar verbs?

Some common synonyms of dispatch are assassinate, execute, kill, murder, and slay. While all these words mean "to deprive of life," dispatch stresses quickness and directness in putting to death.

dispatched the sentry with one bullet

When might assassinate be a better fit than dispatch?

While the synonyms assassinate and dispatch are close in meaning, assassinate applies to deliberate killing openly or secretly often for political motives.

When could execute be used to replace dispatch?

The synonyms execute and dispatch are sometimes interchangeable, but execute stresses putting to death as a legal penalty.

Where would kill be a reasonable alternative to dispatch?

In some situations, the words kill and dispatch are roughly equivalent. However, kill merely states the fact of death caused by an agency in any manner.

killed in an accident
frost killed the plants

When is it sensible to use murder instead of dispatch?

The words murder and dispatch are synonyms, but do differ in nuance. Specifically, murder specifically implies stealth and motive and premeditation and therefore full moral responsibility.

convicted of murdering a rival

When is slay a more appropriate choice than dispatch?

The meanings of slay and dispatch largely overlap; however, slay is a chiefly literary term implying deliberateness and violence but not necessarily motive.

slew thousands of the Philistines 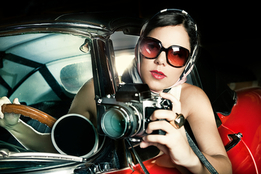 More from Merriam-Webster on dispatch