1
: to murder (a usually prominent person) by sudden or secret attack often for political reasons
a plot to assassinate the governor
2
: to injure or destroy unexpectedly and treacherously
assassinate a man's character
assassinator
ə-ˈsa-sə-ˌnā-tər

Choose the Right Synonym for assassinate

kill merely states the fact of death caused by an agency in any manner.

killed in an accident
frost killed the plants

slay is a chiefly literary term implying deliberateness and violence but not necessarily motive.

slew thousands of the Philistines

convicted of murdering a rival

dispatch stresses quickness and directness in putting to death.

dispatched the sentry with one bullet

execute stresses putting to death as a legal penalty.

They discovered a secret plot to assassinate the governor. President John F. Kennedy was assassinated in 1963.
Recent Examples on the Web There was no immediate response from the Kremlin, which has previously denied Ukrainian claims that Russia intended to assassinate Zelenskyy. —

CBS News, 26 Jan. 2023 In 1957, Genovese tried — and failed — to assassinate Costello, who was ultimately injured and attempted to retire from the mafia. —

Alex Ritman, The Hollywood Reporter, 24 Jan. 2023 In February 2022, that fund bailed out a man named Quintez Brown, who was charged with trying to assassinate Jewish Democratic mayoral hopeful Craig Greenberg in Louisville, Kentucky. —

Bart Jansen, USA TODAY, 12 Jan. 2023 World’s worst state-sponsor of terrorism Iran's Surpreme Leader Khamenei further defied the Biden administration in 2022 by seeking to assassinate Iranian dissidents in the U.S. and across the world. —

Fox News, 29 Dec. 2022 Until the post-credits scene, which revealed that Steven/Mark aren't so free after all — there's a third alter-ego, Jake Lockley, who speaks Spanish and is still working with Khonshu (and as such, is all too happy to assassinate Harrow). —

These example sentences are selected automatically from various online news sources to reflect current usage of the word 'assassinate.' Views expressed in the examples do not represent the opinion of Merriam-Webster or its editors. Send us feedback. 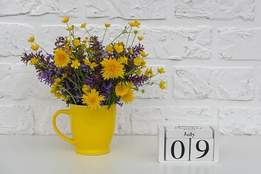 The words that defined the week ending July 9th, 2021 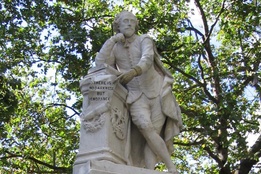 assassinated; assassinating
: to murder a usually important person by a surprise or secret attack
assassination
ə-ˌsas-ᵊn-ˈā-shən

More from Merriam-Webster on assassinate