4
as in commotion
a state of noisy, confused activity a few minutes of calm before the storm, when the store would open its doors on the busiest day of the year

3
as in to attack
to take sudden, violent action against the pirates stormed the ship, easily taking the whole crew as their prisoners

4
as in to steam
to be excited or emotionally stirred up with anger by the time we arrived, our hostess was storming because dinner was ruined

How does the verb storm contrast with its synonyms?

Some common synonyms of storm are assail, assault, attack, and bombard. While all these words mean "to make an onslaught upon," storm implies attempting to break into a defended position.

preparing to storm the fortress

When might assail be a better fit than storm?

While in some cases nearly identical to storm, assail implies attempting to break down resistance by repeated blows or shots.

assailed the enemy with artillery fire

Where would assault be a reasonable alternative to storm?

In some situations, the words assault and storm are roughly equivalent. However, assault suggests a direct attempt to overpower by suddenness and violence of onslaught.

commandos assaulted the building from all sides

When would attack be a good substitute for storm?

The words attack and storm can be used in similar contexts, but attack implies taking the initiative in a struggle.

plan to attack the town at dawn

When can bombard be used instead of storm?

The words bombard and storm are synonyms, but do differ in nuance. Specifically, bombard applies to attacking with bombs or shells. 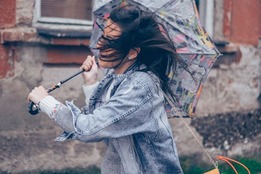