2
as in to attack
to take sudden, violent action against was found guilty of assaulting an officer enemy forces assaulted the city

How does the verb assault contrast with its synonyms?

Some common synonyms of assault are assail, attack, bombard, and storm. While all these words mean "to make an onslaught upon," assault suggests a direct attempt to overpower by suddenness and violence of onslaught.

commandos assaulted the building from all sides

When could assail be used to replace assault?

While the synonyms assail and assault are close in meaning, assail implies attempting to break down resistance by repeated blows or shots.

assailed the enemy with artillery fire

When is it sensible to use attack instead of assault?

Although the words attack and assault have much in common, attack implies taking the initiative in a struggle.

plan to attack the town at dawn

When would bombard be a good substitute for assault?

The words bombard and assault are synonyms, but do differ in nuance. Specifically, bombard applies to attacking with bombs or shells.

When is storm a more appropriate choice than assault?

The words storm and assault can be used in similar contexts, but storm implies attempting to break into a defended position.

preparing to storm the fortress 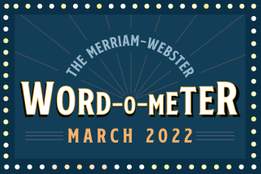 More from Merriam-Webster on assault