How is the word shock different from other nouns like it?

Some common synonyms of shock are collision, concussion, and impact. While all these words mean "a forceful, even violent contact between two or more things," shock often denotes the effect produced by a collision and carries the suggestion of something that strikes or hits with force.

the shock of falling rocks

When can collision be used instead of shock?

In some situations, the words collision and shock are roughly equivalent. However, collision implies the coming together of two or more things with such force that both or all are damaged or their progress is severely impeded.

the collision damaged the vehicle

Where would concussion be a reasonable alternative to shock?

The synonyms concussion and shock are sometimes interchangeable, but concussion when not in technical use, often suggests the shattering, disrupting, or weakening effects of a collision, explosion, or blow.

bystanders felt the concussion of the blast

When is impact a more appropriate choice than shock?

The words impact and shock can be used in similar contexts, but impact may be used to imply contact between two things, at least one of which is impelled toward the other.

the glass shattered on impact with the floor 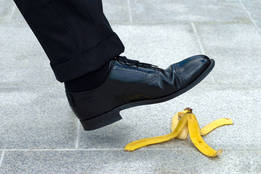 More from Merriam-Webster on shock