as in to entrust
to give a task, duty, or responsibility to I have been tasked by the host with bringing the pies for Thanksgiving this year

How does the noun task contrast with its synonyms?

Some common synonyms of task are assignment, chore, duty, job, and stint. While all these words mean "a piece of work to be done," task implies work imposed by a person in authority or an employer or by circumstance.

charged with a variety of tasks

When can assignment be used instead of task?

The words assignment and task can be used in similar contexts, but assignment implies a definite limited task assigned by one in authority.

When might chore be a better fit than task?

While in some cases nearly identical to task, chore implies a minor routine activity necessary for maintaining a household or farm.

every child was assigned chores

When would duty be a good substitute for task?

The meanings of duty and task largely overlap; however, duty implies an obligation to perform or responsibility for performance.

the duties of a lifeguard

Where would job be a reasonable alternative to task?

The synonyms job and task are sometimes interchangeable, but job applies to a piece of work voluntarily performed; it may sometimes suggest difficulty or importance.

the job of turning the company around

In what contexts can stint take the place of task?

While the synonyms stint and task are close in meaning, stint implies a carefully allotted or measured quantity of assigned work or service.

a 2-month stint as a reporter 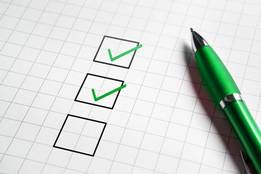 Taking a usage peeve to task

More from Merriam-Webster on task