See Dictionary Definition
1
as in profession
the activity by which one regularly makes a living my primary occupation is stockbroker, but I'm a drummer in a rock band on the weekends

How does the noun occupation differ from other similar words?

Some common synonyms of occupation are business, calling, employment, métier, pursuit, and work. While all these words mean "a specific sustained activity engaged in especially in earning one's living," occupation implies work in which one engages regularly especially as a result of training.

his occupation as a trained auto mechanic

In what contexts can business take the place of occupation?

While in some cases nearly identical to occupation, business suggests activity in commerce or the management of money and affairs.

the business of managing a hotel

When can calling be used instead of occupation?

The words calling and occupation can be used in similar contexts, but calling applies to an occupation viewed as a vocation or profession.

the ministry seemed my true calling

When might employment be a better fit than occupation?

While the synonyms employment and occupation are close in meaning, employment implies work for which one has been engaged and is being paid by an employer.

your employment with this firm is hereby terminated

When is it sensible to use métier instead of occupation?

The words métier and occupation are synonyms, but do differ in nuance. Specifically, métier implies a calling or pursuit for which one believes oneself to be especially fitted.

acting was my one and only métier

Where would pursuit be a reasonable alternative to occupation?

The synonyms pursuit and occupation are sometimes interchangeable, but pursuit suggests a trade, profession, or avocation followed with zeal or steady interest.

her family considered medicine the only proper pursuit

When would work be a good substitute for occupation?

Although the words work and occupation have much in common, work may apply to any purposeful activity whether remunerative or not.

her work as a hospital volunteer 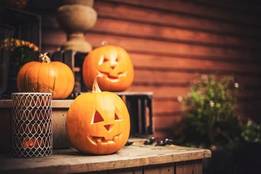