See More
See More
2
as in infringement
a failure to uphold the requirements of law, duty, or obligation plagiarism is a serious trespass of academic integrity

How does the verb trespass differ from other similar words?

Some common synonyms of trespass are encroach, infringe, and invade. While all these words mean "to make inroads upon the property, territory, or rights of another," trespass implies an unwarranted or unlawful intrusion.

When is it sensible to use encroach instead of trespass?

The words encroach and trespass are synonyms, but do differ in nuance. Specifically, encroach suggests gradual or stealthy entrance upon another's territory or usurpation of another's rights or possessions.

When can infringe be used instead of trespass?

In some situations, the words infringe and trespass are roughly equivalent. However, infringe implies an encroachment clearly violating a right or prerogative.

When is invade a more appropriate choice than trespass?

The meanings of invade and trespass largely overlap; however, invade implies a hostile and injurious entry into the territory or sphere of another. 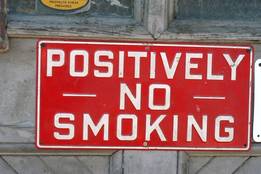 More from Merriam-Webster on trespass