1
a
: an offense against religious or moral law
b
: an action that is or is felt to be highly reprehensible
it's a sin to waste food
c
: an often serious shortcoming : fault
2
a
: transgression of the law of God
b
: a vitiated state of human nature in which the self is estranged from God

More on the Meaning of Sin

The word sin has been in use for well over a thousand years. Our current form of the word comes from the Middle English sinne, which is itself from the Old English syn. The original meanings of sin were largely concerned with religious matters ("an offense against religious or moral law"; "a transgression of the law of God"; "a vitiated state of human nature in which the self is estranged from God"), as they still are today.

Sin does, however, have weakened, non-religious meanings. In its "an action that is or is felt to be highly reprehensible" meaning it is still a weighty word; it refers to actions of a kind that are likely to be strongly condemned. Far weaker is its "an often serious shortcoming" meaning, which can jokingly apply to a harmless act like eating one dessert too many, or can be paired with another word to refer to a failing of one kind or another, as in "literary/grammatical sins."

The word sinful, although it is most often found used in reference to behavior that is in some way wicked, may also be found denoting activities which are quite enjoyable (although still possibly guilt-inducing), such as eating "a sinful dessert."

Sin is also used in a fair number of compound nouns, some of which allow shades of sinfulness: a venial sin is much less serious than a mortal sin.

Choose the Right Synonym for sin

circa 1823, in the meaning defined above 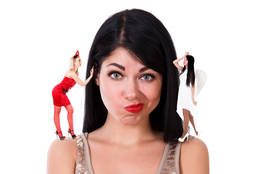 More from Merriam-Webster on sin