See More
4
as in reason
a statement given to explain a belief or act you'll get a chance to make your case, but unless you're very convincing, your request will be denied

as in to encase

How is the word case distinct from other similar nouns?

Some common synonyms of case are example, illustration, instance, sample, and specimen. While all these words mean "something that exhibits distinguishing characteristics in its category," case is used to direct attention to a real or assumed occurrence or situation that is to be considered, studied, or dealt with.

When would example be a good substitute for case?

While in some cases nearly identical to case, example applies to a typical, representative, or illustrative instance or case.

When is it sensible to use illustration instead of case?

While the synonyms illustration and case are close in meaning, illustration applies to an instance offered as a means of clarifying or illuminating a general statement.

When could instance be used to replace case?

Although the words instance and case have much in common, instance applies to any individual person, act, or thing that may be offered to illustrate or explain.

In what contexts can sample take the place of case?

The meanings of sample and case largely overlap; however, sample implies a part or unit taken at random from a larger whole and so presumed to be typical of its qualities.

When might specimen be a better fit than case?

The synonyms specimen and case are sometimes interchangeable, but specimen applies to any example or sample whether representative or merely existent and available. 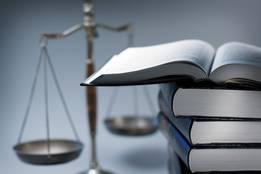 The Fossil Encased in "Case In Point"

"In point" only lives on in this phrase.

More from Merriam-Webster on case