1a : to feel attraction toward or take pleasure in : enjoy likes baseball
b : to feel toward : regard how would you like a change
2 : to wish to have : want would like a drink
3 : to do well in this plant likes dry soil my car does not like cold weather
4 : to electronically register one's approval of (something, such as an online post or comment) for others to see (as by clicking on an icon designed for that purpose) [Brittany] Bunker then thanked the 477,000 people who had liked her post for their support …— Natalie Cornish How he picked out this seemingly random user and went ahead and liked the tweet is really surprising …— Zach Pereles
5 chiefly dialectal : to be suitable or agreeable to I like onions but they don't like me

1 : to feel inclined : choose, prefer leave any time you like
2 dialect : approve

1a : the same or nearly the same (as in appearance, character, or quantity) suits of like design —formerly used with as, unto, of it behoved him to be made like unto his brethren — Hebrews 2:17 (King James Version)
b chiefly British : closely resembling the subject or original the portrait is very like
2 : likely the importance of statistics as the one discipline like to give accuracy of mind— H. J. Laski

1a : having the characteristics of : similar to his house is like a barn it's like when we were kids
b : typical of was like him to do that
c : comparable to : approximating costs something like fifty cents
2 : in the manner of : similarly to acts like a fool
3 : as though there would be looks like rain
4 : such as a subject like physics
5 —used to form intensive or ironic phrases fought like helllike fun he didlaughed like anything

1a : one that is similar : counterpart, equal have … never seen the like before— Sir Winston Churchill
b : kind sense 1a —usually used with a preceding possessive put him and his like to some job— J. R. R. Tolkien
2 : one of many that are similar to each other —used chiefly in proverbial expressions like breeds like
and the like
: et cetera
the likes of or less commonly the like of
1 : such people as : such things as reads the likes of Austen and Browning
2 : such a one as and perhaps others similar to —usually used with disparaging overtones have no use for the likes of you
3 : the kind or sort of a fantastic celebration the likes of which had never been seen before— Joseph Heller

1 archaic : equally
2 : likely, probably you'll try it, some day, like enough— Mark Twain
3a : to some extent : rather, altogether saunter over nonchalantly like— Walter Karig
b —used interjectionally in informal speech often to emphasize a word or phrase (as in "He was, like, gorgeous") or for an apologetic, vague, or unassertive effect (as in "I need to, like, borrow some money")
4 : nearly, approximately the actual interest is more like 18 percent —used interjectionally in informal speech with expressions of measurement it was, like, five feet longgoes there every day, like
as like as not or like as not
: probably

1a : as if middle-aged men who looked like they might be out for their one night of the year— Norman Mailer
b —used in intensive phrases drove like madhurts like crazy
2 : in the same way that : as they raven down scenery like children do sweetmeats— John Keats
3a : in the way or manner that the violin sounds like an old masterpiece should did it like you told me
b —used interjectionally in informal speech often with the verb be to introduce a quotation, paraphrase, or thought expressed by or imputed to the subject of the verb, or with it's to report a generally held opinion so I'm like, "Give me a break"it's like, "Who cares what he thinks?"
4 : such as a bag like a doctor carries when your car has trouble—like when it won't start —used interjectionally in informal speech often stays up late, until like three in the morning

chiefly dialectal
: came near : was near so loud I like to fell out of bed— Helen Eustis

Like has been used as a conjunction in ways similar to as since the 14th century. In the 14th, 15th, and 16th centuries it was used in serious literature, but not often; in the 17th and 18th centuries it grew more frequent but less literary. It became markedly more frequent in literary use again in the 19th century. By mid-century it was coming under critical fire, but not from grammarians, oddly enough, who were wrangling over whether it could be called a preposition or not. There is no doubt that, after 600 years of use, conjunctive like is firmly established. It has been used by many prestigious literary figures of the past, though perhaps not in their most elevated works; in modern use it may be found in literature, journalism, and scholarly writing. While the present objection to it is perhaps more heated than rational, someone writing in a formal prose style may well prefer to use as, as if, such as, or an entirely different construction instead.

Verb He likes baseball, but he loves football. Do you like Mexican food? I liked the movie a lot more than I thought I would. I don't know what it is about that guy, but I just don't like him. They were political allies who truly liked each other. What is it that you like or dislike about him most? She says she likes him as a friend but she's not attracted to him. My boss was a tough guy, but I liked him for his honesty. Adjective you're not talking about like things when you compare football and golf Preposition The house looks like a barn. It's like when we were kids. She's not at all like her sister. The baby is more like his mother than his father. “Who is he like?” “He's not like anyone I've ever met before.” Adverb the cat would curl up, tightly like, and just go to sleep the distance is more like 500 miles Conjunction it looks like it's going to rain at any moment See More

before the 12th century, in the meaning defined at transitive sense 5

The first known use of like was before the 12th century 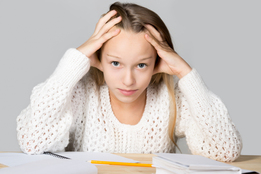 1 : enjoy sense 1 My family likes games.
2 : to feel toward : regard How do you like this snow?
3 : choose sense 3, prefer The children did as they liked.

: liking, preference His likes and dislikes are different from hers.

: equal entry 3, counterpart We never saw their like before.

: resembling or characteristic of doglike a balloon-like figure