also  ˈa-jə-tiv
: a word belonging to one of the major form classes in any of numerous languages and typically serving as a modifier of a noun to denote a quality of the thing named, to indicate its quantity or extent, or to specify a thing as distinct from something else
The word red in "the red car" is an adjective.

1
: of, relating to, or functioning as an adjective
an adjective clause
2
: not standing by itself : dependent
3
: requiring or employing a mordant
adjective dyes
4
: procedural
adjective law
adjectively adverb

Noun The words blue in “the blue car,” deep in “the water is deep,” and tired in “I'm very tired” are adjectives.
Recent Examples on the Web
Noun
Trevon Roots anchors the Cadets’ defense, but heavy is the last adjective that comes to mind when describing the play of the athletic 6-foot-6, 190-pound forward. —

Rick Armstrong, Chicago Tribune, 14 Dec. 2022 If Great American Family is anything, it is accurately named, minus the first adjective. —

Carrie Wittmer, Vulture, 25 Dec. 2022 His name has been turned into an adjective for foolish optimism. —

David Marchese David Marchesephoto Illustration By Bráulio Amado, New York Times, 4 Dec. 2022 Your father-in-law’s behavior is inexcusable, an adjective that may seem insufficient to the many citizens alive today for whom rage is both sport and occupation. —

Jacobina Martin, Washington Post, 20 Oct. 2022 Sometimes such fiction is called Kafkaesque: nothing is more Kafkaesque than describing a mediocre creation with that adjective. —

Yiyun Li, Harper’s Magazine , 28 Sep. 2022 Jean Rhys’s style, her unique use of language; her use of adjective to noun is singular. —

New York Times, 7 Aug. 2022 That adjective also applies to Johanna Carlisle-Zepeda, who wrings every ounce of malice and comedy out of the fearsome Miss Trunchbull. —

Brent Zwerneman, San Antonio Express-News, 17 May 2022
Adjective
Corporate sales count shenanigans aside, the new 2021 no-adjective Rogue is primed to be a hit, one of the bestselling compact SUVs in the country. —

Dallas News, 10 Oct. 2020 Corporate sales count shenanigans aside, the new 2021 no-adjective Rogue is primed to be a hit, one of the bestselling compact SUVs in the country. —

Dallas News, 10 Oct. 2020 Instagram Holistic is the adjective form of holism, which the dictionary reminds us is a study or method of treatment that’s concerned with wholes and complete systems, more than the mere sum of elementary particles. —

Ben Court, Men's Health, 22 Dec. 2022 Corporate sales count shenanigans aside, the new 2021 no-adjective Rogue is primed to be a hit, one of the bestselling compact SUVs in the country. —

Dallas News, 10 Oct. 2020 Corporate sales count shenanigans aside, the new 2021 no-adjective Rogue is primed to be a hit, one of the bestselling compact SUVs in the country. —

Dallas News, 10 Oct. 2020 That’s not an adjective many would use to describe Charles. —

Eliana Dockterman, Time, 3 Nov. 2022 Corporate sales count shenanigans aside, the new 2021 no-adjective Rogue is primed to be a hit, one of the bestselling compact SUVs in the country. — 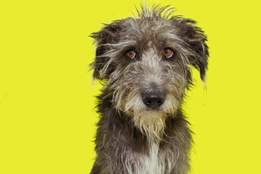 What is an Adjective?

noun
ad·​jec·​tive
ˈaj-ik-tiv
: a word that modifies a noun by describing a quality of the thing named, indicating its quantity or extent, or specifying a thing as distinct from something else
adjective adjective
adjectival
ˌaj-ik-ˈtī-vəl
adjective or noun
adjectivally
-və-lē
adverb