Verbs are more complicated than they look
Last Updated: 13 Apr 2022 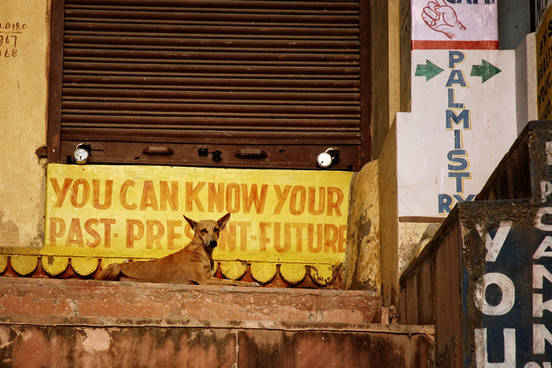 The main verb tenses are the 'present,' 'past,' and 'future.'

Verbs (which as we discussed here express an action (yodel), an occurrence (develop), or a state of being (exist)) are the divas of the Parts of Speech family. They demand to be included in (almost) every sentence and expect everyone to keep up with their often rather eccentric forms. Some verbs are old-school and follow predictable patterns as they go about their business. Others are older than old-school and follow patterns now buried in the language's fossil record.

These changing forms all, of course, have names.

The basic form is called the infinitive. Picture it as the verb with no makeup, in jeans and a t-shirt. It's the stripped-down form, like yodel or go.

Verbs claim most of the territory for expressing when things happen, and they take on different forms, called tenses, to do this. Sometimes the form is simply the infinitive. Other times it's a form that looks absolutely nothing like its plain-Jane infinitive self. Native speakers learn these forms mostly without ever thinking about them.

The main tenses are the present, past, and future. More on these to follow. 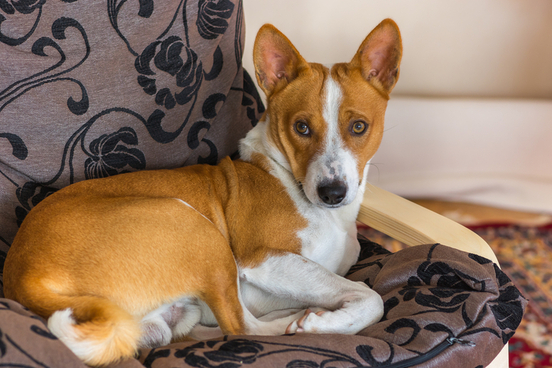 "I will not admit that I have been yodeling about grammar in secret for months."

My experience shows this to be true.

I am neither a grammarian nor a yodeler.

You are, for all I know, both a grammarian and a yodeler.

Note that be, the verb in the two final sentences, out-divas even the most diva of verbs and ignores the fact that the present tense always uses the infinitive form except in the third-person singular. It goes with these for the present tense instead:

The grammarians are yodeling again.

One grammarian is yodeling especially vigorously.

How many grammarians are yodeling regularly these days?

Are you yodeling with the grammarians on the town common on Tuesday?

And just when you were sure grammar couldn't get weirder, the perfect tenses show up. The perfect tenses are special tenses used to show a relationship between two different times. The present perfect uses have/has with the past participle (= a form usually identical to the past tense that generally expresses completed action) to talk about one of four things: 1) activities or states that began in the past and are completed at the time of speaking; 2) past activities that have a result in the present; 3) events that have just happened; 4) events that happened at an unspecified time in the past. Here are examples of each with bold present perfect verb forms:

1) It's true that I have yodeled with the grammarians.

2) I recognize that this fact has changed your opinion of me.

3) The grammarians and I have finished dinner.

4) I have decided not to yodel with them again.

I will not admit that I have been yodeling about grammar in secret for months. 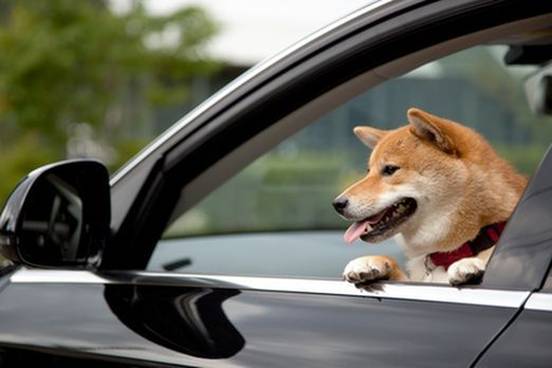 "I was driving home when several yodeling grammarians pinged me at once."

The past tense is used to talk about events that began and ended in the past:

Just because I yodeled with the grammarians that one time doesn't mean I'm a regular yodeler or a grammarian.

I was driving home when several yodeling grammarians pinged me at once.

I was yodeling that one time because the peer pressure was really unbearable.

But there's also a past perfect tense. It's formed from had and a past participle (=a form usually identical to the past tense that generally expresses completed action), and is used to refer to an action that was completed by a particular time in the past:

I had naively believed that joining in their yodeling a single time would satisfy them.

And of course there is a past perfect progressive (or past perfect continuous) tense. It's formed from had been and a present participle (-ing form):

They had been pressuring me to join them in their yodeling for years, and I had been feeling especially vulnerable since my tonsillectomy. 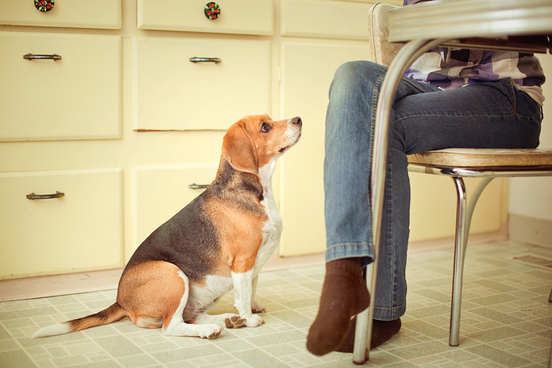 "The grammarians will pressure you to yodel with them too."

The future tense is usually formed with will and an infinitive. It's used to predict a future event or condition, as in the following sentences with their future tense verbs in bold:

The grammarians will pressure you to yodel with them too.

In the first person (that is, when the speaker or writer is using I) and especially in 19th century British novels, shall is sometimes used instead of will:

I confess that I shall always secretly treasure the moments when I yodeled with the grammarians.

An informal form of the future tense uses am/are/is going to instead of will. The going to future tense is very common in speech:

I am going to pretend that we never had this conversation.

Remember: the grammarians will be yodeling on the town common on Tuesday.

The grammarians will be practicing privately until then.

The future perfect tense is formed from will have and a past participle (=a form usually identical to the past tense that generally expresses completed action), and is used to refer to an action that will be completed by a specified time in the future:

By this time on Tuesday they will have begun.

By Wednesday morning the yodeling grammarians will have smote the town's enemies by repeatedly changing from a falsetto to a natural voice and back again with unprecedented vigor.

The future perfect progressive (or future perfect continuous) tense is formed from will have been and a present participle (-ing form). It's used to talk about a time in the future when an activity that began earlier will still be continuing:

By Wednesday morning many of us will have been crying for mercy for hours in vain and despite the fact that we are not enemies of the town. 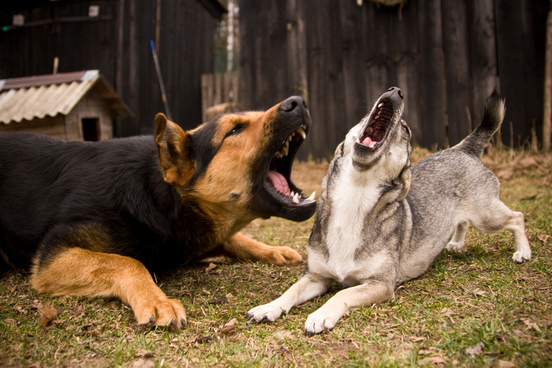 "Their yodeling annoys some people."

A transitive verb is a verb that requires a direct object—that word or group of words that completes the sentence’s meaning by indicating the person or thing that receives the action of the verb. The direct object often answers the question what? or whom? (We know: whom sounds so stuffy and can be hard to use correctly. But the direct object always requires whom because it's the objective form of who. WHA?, you say? No worries, we have a video about this.)

Here are some transitive verbs in bold with their direct objects in italics:

Their yodeling annoys some people.

Do you prefer non-yodeling grammarians?

An intransitive verb is not used with a direct object. If something comes after the verb—that is, in the position usually inhabited by the direct object—it doesn't answer what? or whom?; instead it typically answers a question like where?, when?, how?, and how long?. Here are some intransitive verbs in bold with an explanation of what's in the territory (grammatically speaking) that follows the verb:

A single verb can have both transitive and intransitive uses.

One particularly rude grammarian loudly yodels a different aphorism at midnight each night.

Thankfully, that grammarian yodels quite well. 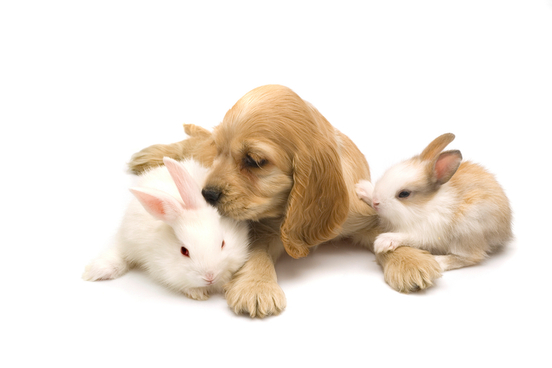 "The new neighbors are both engineers. They became enchanted by the yodeling."

Most verbs are what's called action verbs: they can express active action, like run, swing, or levitate; not-so-active action, like twitch or yodel; or action that requires no movement at all, like think, imagine, or digress. There are, however, several other kinds of verbs, and you use them all the time.

One very common verb variety is the linking verb. A linking verb (also called a copula) connects a subject with an adjective or noun (or an adjective phrase or noun phrase) that describes or identifies that subject.

We saw the most common linking verb in a sentence in the last section. Let's revisit it here:

A few grammarians are rude about the yodeling.

Be (which in this sentence takes the form are—such a diva) is a linking verb that connects the subject, a few grammarians with an adjective phrase that describes that subject, rude about the yodeling.

The new neighbors are both engineers.

Another common linking verb is become:

They became enchanted by the yodeling.

They have both become grammarians.

Some linking verbs, like seem, are often followed by to and a verb; the adjective or noun (or adjective phrase or noun phrase) that follows that verb describes or identifies the subject:

Yodeling seems to be a required skill for grammarians.

Here are some more linking verbs in bold and in action:

How this will affect their professional lives remains unknown at this point.

Some other linking verbs are:

Note that pretty much all of these can also be action verbs. Here's get first as an action verb and second as a linking verb:

Because of community pressure, the new neighbors get free yodeling lessons from the aphorism yodeler.

I'm confident the grammarian-engineers will get better at yodeling. 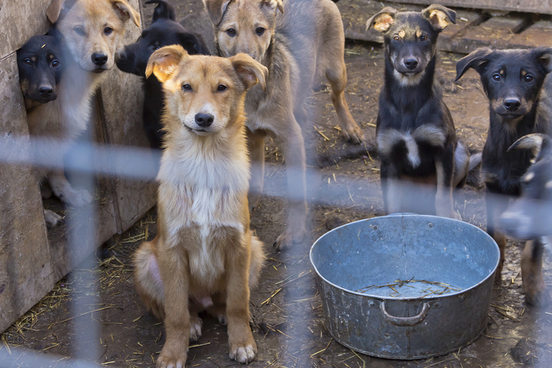 "The imprisoned grammarians do not require bail."

Another kind of non-action verb is the auxiliary verb. An auxiliary verb (also called a helping verb) is used with another verb (or two other verbs) in a verb phrase.

The auxiliary verbs (which include be, have, do, and the modal verbs like may, shall, will, can, and must) combine with verbs to do things like show a verb's tense or form a question.

We'll look at the modal verbs in the next section, and deal with be, have, and do here.

All three are used as both independent verbs and as auxiliary verbs.

Have is used to form all the perfect tenses:

Be is used to form all the progressive tenses:

Be is also used in the passive voice, and to join infinitives plus to to the subject of a sentence or clause:

The sound of yodeling is beloved by many, but not all, people.

The grammarians are to plead innocent of the charges of disturbing the peace.

Do occurs as an auxiliary verb mainly in negative sentences and in questions:

The imprisoned grammarians do not require bail.

Do you want to include anything in the care package we're putting together for the grammarians?

Do is also occasionally used for emphasis. In this use, do is followed by an infinitive without to:

I really do care about grammarians.

It does feel awfully quiet around here without those yodeling grammarians.

Do may also substitute for another verb that has just been stated:

The grammarians tried their best, and so did the engineers. 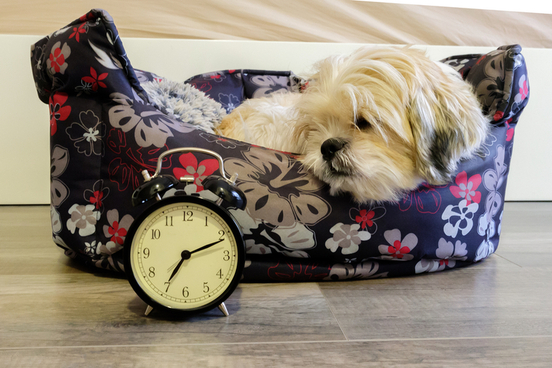 "It must be almost time for the grammarians to yodel again."

can, could, may, might, must, ought, shall, should, will, would

The modal verbs are different from ordinary verbs in several ways: 1) they have no inflections at all; that is, they lack an -ing form, an -ed form, and even an -s form for the third-person singular; 2) a modal verb is always followed by the infinitive form of a verb (unless that verb has already been stated) but never follows another verb; 3) modal verbs do not follow to and are not followed by to. (Ought to, like the near-modal verb have to, is a special case.)

In their simple form, modal verbs normally refer to present or future time:

It must be almost time for the grammarians to yodel again.

As they now know quite clearly, yodeling can be dangerous.