: formed with the infinitive
infinitively adverb

: a verb form normally identical in English with the first person singular that performs some functions of a noun and at the same time displays some characteristics of a verb and that is used with to (as in "I asked him to go") except with auxiliary and various other verbs (as in "no one saw him leave")

Recent Examples on the Web
Adjective
This substitution of the conjunction and for the to that is part of an infinitive verb happens almost exclusively with the verb try.

Richard Lederer, San Diego Union-Tribune, 14 Nov. 2020
Noun
James Tiberius Kirk used to boldly go where no one has gone before — and never apologized for splitting the infinitive.

Carlos Monarrez, Detroit Free Press, 23 Apr. 2022 To love, synonymous with to be, a defective verb that only knows the present infinitive.

These example sentences are selected automatically from various online news sources to reflect current usage of the word 'infinitive.' Views expressed in the examples do not represent the opinion of Merriam-Webster or its editors. Send us feedback. 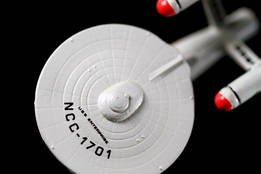 in·​fin·​i·​tive
in-ˈfin-ət-iv
: a verb form serving as a noun or as a modifier and at the same time taking objects and adverbial modifiers
"carry" in "help them carry it" and "to do" in "they have nothing to do" are infinitives
infinitive adjective

More from Merriam-Webster on infinitive