Adjectives are those useful words that describe nouns and pronouns. Words like high and slow and sweet. 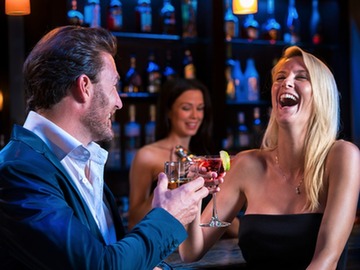 An attributive noun is a noun which modifies another noun—like 'singles' in the phrase 'singles bar'.

Sometimes, though, we see words we're told are nouns doing that same job:

In each of these, the italicized word is defined in dictionaries only as a noun, but there it is, modifying another noun. Which is what adjectives do, right?

Well, yes. But some nouns do it too. They're called "attributive nouns." Attributive here means "joined directly to a noun in order to describe it."

So what distinguishes attributive nouns from adjectives? The categorization can be tricky, but here are two general rules:

1. An attributive noun can only modify a noun when it comes immediately before it: It's a business meeting, not a meeting that is business.

2. Attributive nouns don't have comparative forms, but many adjectives do: One building can be taller or more impressive than another, but it can't be more apartment than another.

While attributive nouns can come in pairs (or trios), they don't get separated by a comma:

Finally, should an attributive noun be used with a real adjective, the adjective always comes first:

Attributive nouns do some of the same work that adjectives do, but that doesn't mean they're not nouns. Think of them as nouns that learned how to multitask.