The parts of speech are like points of the compass for language, helping navigate the map of grammar. Noun, verb, adjective, adverb—they are the north, south, east, and west of words. Throw in conjunction and preposition somewhere, and we’ll all get home safely somehow. These labels may seem like fixed points, but English is much more flexible than it might seem, and the dictionary has policies to address words that fall between the cracks. 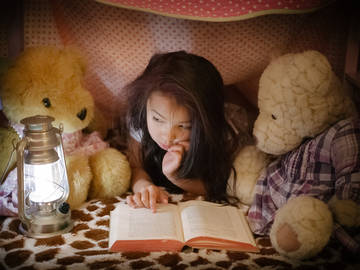 'Imaginary' plays different grammatical roles in the phrases "an imaginary friend" and "the beauty of the imaginary," but its meaning remains unchanged.

For example, almost every noun can modify another noun:

In order to save space in the dictionary, we simply label these nouns that frequently modify other nouns as often attributive, since the meaning doesn’t change appreciably with the change in syntactical position. Why waste space with a grammatical detail that causes no misunderstanding? There is a ruthless efficiency in the editing of dictionaries.

Nouns are used as adjectives, fine. But what about the other way around? Sometimes adjectives are also used as nouns in ways that don’t change their essential meaning, just their grammatical role in a sentence:

These terms are often abstract or philosophical when used this way: “an imaginary friend” is a more common construction than “the beauty of the imaginary,” and “a perfect meal” is less theoretical than “the eternal quest for the perfect.” That’s why this kind of adjective-as-noun use is often found in theological writing or literary and art criticism:

All theological rejections of the tragic depend on similar conceptions of tragedy and Christianity.
—Kathryn Reklis, Theological Studies, March 2009

The disconcerting relations between the hulking camera and the oddly diminutive chair, between the cramped interior space and the limitless, Magritte-inflected sky imbue the painting with a touch of the surreal that belies Kootz's earlier charge of "eager exactness."
—Carol Troyen, Art Bulletin, December 2004

But there are perfectly common uses, too:

Sometimes this kind of use is deliberately poetic:

Give me your tired, your poor, your huddled masses

Blessed are the meek

And adjectives can sometimes even be used this way without the definite article:

It appeals to old and young alike.

Such words, for the most part, are only defined as adjectives. A handful of these adjectives-that-function-as-nouns (sometimes called nominalized adjectives or substantivized adjectives or absolute adjectives) are in fact defined as nouns in our dictionary, but only because they have other meanings as nouns that go beyond the adjectival meaning. Both dead and good are examples: “the dead of night” is different from “the naked and the dead,” just as “it’s for your own good” is different from “the good shall be rewarded.” Dictionary users might reasonably expect to find these meanings at noun entries, and they often have usage notes such as “usually used collectively” or “used with the.” It simply makes sense to group them with their nounal cousins.

Others have narrow or specific noun uses, such as the mathematical senses for unknown and imaginary ("a complex number (as 2+3i) whose imaginary part is not zero"), which explains their place in the dictionary as nouns rather than adjectives.