1 information shared only with another or with a select few

2 something hard to understand or explain

3 something that allows someone to achieve a desired goal

Synonyms & Antonyms of secret (Entry 2 of 2)

2 working on missions in which one's objectives, activities, or true identity are not publicly revealed

3 screened or sequestered from view

How is the word secret distinct from other similar adjectives?

Some common synonyms of secret are clandestine, covert, furtive, stealthy, surreptitious, and underhanded. While all these words mean "done without attracting observation," secret implies concealment on any grounds for any motive.

When would clandestine be a good substitute for secret?

While the synonyms clandestine and secret are close in meaning, clandestine implies secrecy usually for an evil, illicit, or unauthorized purpose and often emphasizes the fear of being discovered.

In what contexts can covert take the place of secret?

In some situations, the words covert and secret are roughly equivalent. However, covert stresses the fact of not being open or declared.

When is furtive a more appropriate choice than secret?

The synonyms furtive and secret are sometimes interchangeable, but furtive implies a sly or cautious stealthiness.

When is it sensible to use stealthy instead of secret?

The words stealthy and secret can be used in similar contexts, but stealthy suggests taking pains to avoid being seen or heard especially in some misdoing.

Where would surreptitious be a reasonable alternative to secret?

The words surreptitious and secret are synonyms, but do differ in nuance. Specifically, surreptitious applies to action or behavior done secretly often with skillful avoidance of detection and in violation of custom, law, or authority.

When could underhanded be used to replace secret?

While in some cases nearly identical to secret, underhanded stresses fraud or deception.

The first known use of secret was in the 14th century 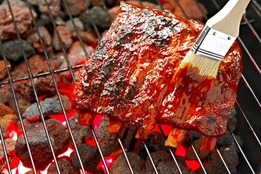 It makes all the difference

More from Merriam-Webster on secret