See More
See More
6
as in equal
marked by justice, honesty, and freedom from bias a just appraisal of the political situation over there

How does the adjective just differ from other similar words?

Some common synonyms of just are conscientious, honest, honorable, scrupulous, and upright. While all these words mean "having or showing a strict regard for what is morally right," just stresses conscious choice and regular practice of what is right or equitable.

How are the words conscientious and scrupulous related as synonyms of just?

Both conscientious and scrupulous imply an active moral sense governing all one's actions and painstaking efforts to follow one's conscience.

Where would honest be a reasonable alternative to just?

In some situations, the words honest and just are roughly equivalent. However, honest stresses adherence to such virtues as truthfulness, candor, or fairness.

known for being honest in business dealings

When might honorable be a better fit than just?

While in some cases nearly identical to just, honorable suggests a firm holding to codes of right behavior and the guidance of a high sense of honor and duty.

a difficult but honorable decision

When is upright a more appropriate choice than just?

The synonyms upright and just are sometimes interchangeable, but upright implies a strict adherence to moral principles.

a stern and upright minister 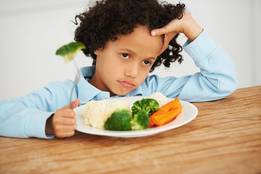 One is an idiom; one is an eggcorn.

More from Merriam-Webster on just