How does the adjective virtuous differ from other similar words?

Some common synonyms of virtuous are ethical, moral, noble, and righteous. While all these words mean "conforming to a standard of what is right and good," virtuous implies moral excellence in character.

not a religious person, but virtuous nevertheless

In what contexts can ethical take the place of virtuous?

While in some cases nearly identical to virtuous, ethical may suggest the involvement of more difficult or subtle questions of rightness, fairness, or equity.

committed to the highest ethical principles

When could moral be used to replace virtuous?

While the synonyms moral and virtuous are close in meaning, moral implies conformity to established sanctioned codes or accepted notions of right and wrong.

the basic moral values of a community

When can noble be used instead of virtuous?

In some situations, the words noble and virtuous are roughly equivalent. However, noble implies moral eminence and freedom from anything petty, mean, or dubious in conduct and character.

had the noblest of reasons for seeking office

Where would righteous be a reasonable alternative to virtuous?

Although the words righteous and virtuous have much in common, righteous stresses guiltlessness or blamelessness and often suggests the sanctimonious.

wished to be righteous before God and the world 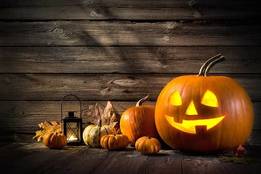 Some of the words that defined the week ending October 16, 2020

More from Merriam-Webster on virtuous