How is the word foolish different from other adjectives like it?

Some common synonyms of foolish are asinine, fatuous, silly, and simple. While all these words mean "actually or apparently deficient in intelligence," foolish implies the character of being or seeming unable to use judgment, discretion, or good sense.

Where would asinine be a reasonable alternative to foolish?

The words asinine and foolish are synonyms, but do differ in nuance. Specifically, asinine suggests utter and contemptible failure to use normal rationality or perception.

When could fatuous be used to replace foolish?

The words fatuous and foolish can be used in similar contexts, but fatuous implies foolishness, inanity, and disregard of reality.

When is it sensible to use silly instead of foolish?

Although the words silly and foolish have much in common, silly suggests failure to act as a rational being especially by ridiculous behavior.

When is simple a more appropriate choice than foolish?

The meanings of simple and foolish largely overlap; however, simple implies a degree of intelligence inadequate to cope with anything complex or involving mental effort. 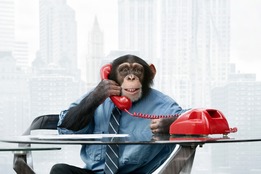 A Thoughtful Guide to Words About...

More from Merriam-Webster on foolish