Near Antonyms for outlandish

How is the word outlandish distinct from other similar adjectives?

Some common synonyms of outlandish are eccentric, erratic, odd, peculiar, quaint, singular, strange, and unique. While all these words mean "departing from what is ordinary, usual, or to be expected," outlandish applies to what is uncouth, bizarre, or barbaric.

When is it sensible to use eccentric instead of outlandish?

The words eccentric and outlandish can be used in similar contexts, but eccentric suggests a wide divergence from the usual or normal especially in behavior.

In what contexts can erratic take the place of outlandish?

Although the words erratic and outlandish have much in common, erratic stresses a capricious and unpredictable wandering or deviating.

When can odd be used instead of outlandish?

In some situations, the words odd and outlandish are roughly equivalent. However, odd applies to a departure from the regular or expected.

When would peculiar be a good substitute for outlandish?

While the synonyms peculiar and outlandish are close in meaning, peculiar implies a marked distinctiveness.

When could quaint be used to replace outlandish?

The meanings of quaint and outlandish largely overlap; however, quaint suggests an old-fashioned but pleasant oddness.

When is singular a more appropriate choice than outlandish?

The words singular and outlandish are synonyms, but do differ in nuance. Specifically, singular suggests individuality or puzzling strangeness.

Where would strange be a reasonable alternative to outlandish?

While in some cases nearly identical to outlandish, strange stresses unfamiliarity and may apply to the foreign, the unnatural, the unaccountable.

When might unique be a better fit than outlandish?

The synonyms unique and outlandish are sometimes interchangeable, but unique implies singularity and the fact of being without a known parallel.

The first known use of outlandish was before the 12th century

Listen to Our Podcast About outlandish 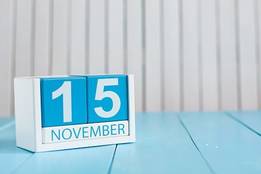 Some of the words that defined the week of November 15, 2019

More from Merriam-Webster on outlandish