Near Antonyms for exasperate

How is the word exasperate different from other verbs like it?

Some common synonyms of exasperate are irritate, nettle, peeve, provoke, and rile. While all these words mean "to excite a feeling of anger or annoyance," exasperate suggests galling annoyance and the arousing of extreme impatience.

his exasperating habit of putting off needed decisions

When might irritate be a better fit than exasperate?

While in some cases nearly identical to exasperate, irritate implies an often gradual arousing of angry feelings that may range from mere impatience to rage.

constant nagging that irritated me greatly

When can nettle be used instead of exasperate?

In some situations, the words nettle and exasperate are roughly equivalent. However, nettle suggests a sharp but passing annoyance or stinging.

When is it sensible to use peeve instead of exasperate?

In what contexts can provoke take the place of exasperate?

Although the words provoke and exasperate have much in common, provoke implies an arousing of strong annoyance that may excite to action.

remarks made solely to provoke her

When is rile a more appropriate choice than exasperate?

The words rile and exasperate are synonyms, but do differ in nuance. Specifically, rile implies inducing an angry or resentful agitation.

The first known use of exasperate was in 1534

Listen to Our Podcast About exasperate 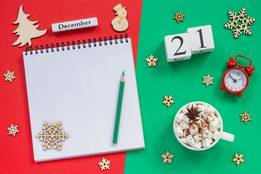 The words that defined the week of December 21st, 2018

More from Merriam-Webster on exasperate