How does the adjective restive contrast with its synonyms?

Some common synonyms of restive are balky, contrary, perverse, and wayward. While all these words mean "inclined to resist authority or control," restive suggests unwillingness or inability to submit to discipline or follow orders.

When would balky be a good substitute for restive?

The synonyms balky and restive are sometimes interchangeable, but balky suggests a refusing to proceed in a desired direction or course of action.

When can contrary be used instead of restive?

Although the words contrary and restive have much in common, contrary implies a temperamental unwillingness to accept orders or advice.

When is perverse a more appropriate choice than restive?

In some situations, the words perverse and restive are roughly equivalent. However, perverse may imply wrongheaded, determined, or cranky opposition to what is reasonable or normal.

When could wayward be used to replace restive?

While the synonyms wayward and restive are close in meaning, wayward suggests strong-willed capriciousness and irregularity in behavior.

a school for wayward youths 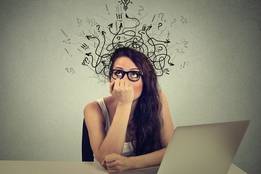 Its latest sense has been in use for over a century

More from Merriam-Webster on restive