1a : a specialized light-sensitive sensory structure of animals that in nearly all vertebrates, most arthropods, and some mollusks is the image-forming organ of sight especially : the nearly spherical usually paired hollow organ of sight in vertebrates that is filled with a jellylike material, is lined with a photosensitive retina, and is lodged in a bony orbit in the skull
b : all the visible structures within and surrounding the orbit and including eyelids, eyelashes, and eyebrows
c(1) : the faculty of seeing with eyes
(2) : the faculty of intellectual or aesthetic perception or appreciation an eye for beauty
(3) : skill or ability dependent upon eyesight a batter with a good eye
d : look, glance cast an eager eye
e(1) : an attentive look kept an eye on his valuables
(2) : attention, notice caught his eye
(3) : close observation : scrutiny works under the eye of her boss in the public eye
f : point of view, judgment beauty is in the eye of the beholder —often used in plural an offender in the eyes of the law
2 : something having an appearance suggestive of an eye: such as
a : the hole through the head of a needle
b : a usually circular marking (as on a peacock's tail)
c : loop especially : a loop or catch to receive a hook
d : an undeveloped bud (as on a potato)
e : an area like a hole in the center of a tropical cyclone marked by only light winds or complete calm with no precipitation
f : the center of a flower especially when differently colored or marked specifically : the disk of a composite
g(1) : a triangular piece of beef cut from between the top and bottom of a round
(2) : the chief muscle of a chop
(3) : a compact mass of muscular tissue usually embedded in fat in a rib or loin cut of meat
h : a device (such as a photoelectric cell) that functions in a manner analogous to human vision
3 : something central : center the eye of the problem— Norman Mailer
4 : the direction from which the wind is blowing
an eye for an eye
: retribution in kind
my eye
—used to express mild disagreement or sometimes surprise a diamond, my eye! That's glass
with an eye to or less commonly with an eye toward
1 : with awareness or contemplation of with an eye to the future
2 : with the object of built the house with an eye to adding on later

1a(1) : to fix the eyes on : look at they eyed him suspiciously
(2) : contemplate, consider eyeing the choices
b : to watch or study closely eyeing changes in the stock market
2 : to furnish with an eye

The eye is an organ that receives light and visual images. Non-image forming eyes (also called direction eyes) are found among worms, mollusks, cnidarians, echinoderms, and other invertebrates. Image-forming eyes are found in certain mollusks, most arthropods, and nearly all vertebrates. Arthropods are unique in possessing a compound eye, which results in their seeing a multiple image that is partially integrated in the brain. Lower vertebrates, such as fish, have eyes on either side of the head, allowing a maximum view of the surroundings, but producing two separate fields of vision. In predatory birds and mammals, binocular vision is more important. The placement of both eyes on the front of the head permits a larger overlap of the two visual fields, resulting in a parallel line of direct sight.

Examples of eye in a Sentence

Noun Her eyes slowly became accustomed to the dark. He wears a patch over one eye. I have something in my eye. Only a trained eye can tell the difference between the original painting and a good copy. For decorating, they rely on her discerning eye. He has an artist's eye for color. He reviewed the proposal with a jaundiced eye. The biographer cast a cold eye on the artist's life. Verb I saw someone eyeing me from across the street. a lot of his backyard bird watching was spent eyeing the squirrels as they depleted the bird feeder of seeds See More
Recent Examples on the Web: Noun Ultimately, Brittney just wants her baby sister home and asks that everyone keep an eye out for Nina. — Veronica Fulton, NBC News, 10 May 2022 College students and their families should keep an eye on the Treasury Department’s government-bond auction this week. — Matt Grossman, WSJ, 10 May 2022 Keep an eye out for whales while having a cocktail at the Alaloa Lounge and then stroll over to the Banyan Tree for dinner under airy orchids. — Olivia Hosken, Town & Country, 10 May 2022 Others to keep an eye on will be Alabama, Georgia and Texas A&M. — Stephen Means, cleveland, 10 May 2022 The Wisconsin Humane Society doesn't know when Baby Girl will be available for adoption but is encouraging people to keep an eye out on its website for her listing. — CBS News, 7 May 2022 Wash the punctures, cover with a clean bandage, then keep an eye on them. — Aliese Willard Muhonen, Los Angeles Times, 6 May 2022 The quietly commanding Stuhlbarg plays Michael’s attorney as both an ally and a shark, and keep an eye out for Juliette Binoche in a role critics are not supposed to talk about in advance. — San Diego Union-Tribune, 6 May 2022 Keep an eye out on Facebook and their website for a special menu for Mother’s Day. — Naomi Stock, Anchorage Daily News, 6 May 2022 Recent Examples on the Web: Verb Sunshine rules, for the most part, as high temperatures eye a range of low to mid-70s for most of the region. — Washington Post, 22 Apr. 2022 To the east, China continues to eye an invasion of Taiwan, which many U.S. officials predict is likely by 2027. — Roger Wicker, National Review, 18 Feb. 2022 These are major decisions for Key as England desperately eye a turnaround in what has been a rather feeble recent Test chapter. — Tristan Lavalette, Forbes, 24 Apr. 2022 Key senators eye new, more ambitious legislation to lower insulin prices. — Nicholas Florko, STAT, 9 Apr. 2022 In the meantime, the rush to create SPACs has evaporated as investors eye a crowded field and regulators take a harder line. — Julia Horowitz, CNN, 1 Apr. 2022 At the conference, junior scholars would nervously eye one another in the elevators, trying to figure out who might be headed to which suite. — Jacob Brogan, Washington Post, 14 Mar. 2022 While American oil and gas companies eye new opportunities in Europe, German lawmakers want to accelerate the transition to wind and solar. — Leah Garden, The New Republic, 11 Mar. 2022 Dedinkin tells us that the tag sale stopped just as Stalin’s money men began to eye the Morozov things. — Brian T. Allen, National Review, 3 Mar. 2022 See More

These example sentences are selected automatically from various online news sources to reflect current usage of the word 'eye.' Views expressed in the examples do not represent the opinion of Merriam-Webster or its editors. Send us feedback.

First Known Use of eye

15th century, in the meaning defined at transitive sense 1a(1)

History and Etymology for eye

Our Reviews team has selected the best blue light glasses.

The first known use of eye was before the 12th century 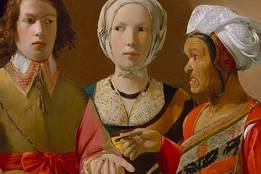 We have our eyes on this one

1 : the organ of seeing that in vertebrates is a round organ filled with a jellylike material, is located in a bony cavity in the skull, and has a lens which focuses light on the retina
2 : the eye along with its surrounding parts (as the eyelids)
3 : the colored surface of the iris He has blue eyes.
4 : the ability to see I have good eyes.
5 : the ability to recognize or appreciate He has a good eye for color.
6 : glance entry 2 It caught my eye.
7 : close attention : watch Keep an eye on dinner.
8 : judgment sense 1 They are guilty in the eyes of the law.
9 : something like or suggesting an eye the eye of a needle
10 : the center of something the eye of a hurricane

Kids Definition of eye (Entry 2 of 2)

: to look at : watch closely They eyed the stranger suspiciously.

1 : an organ of sight especially : a nearly spherical hollow organ that is lined with a sensitive retina, is lodged in a bony orbit in the skull, is the vertebrate organ of sight, and is normally paired
2 : all the visible structures within and surrounding the orbit and including eyelids, eyelashes, and eyebrows
3 : the faculty of seeing with eyes

More from Merriam-Webster on eye