1 something that divides, separates, or marks off

2 a large unit of a governmental, business, or educational organization

Near Antonyms for division

6 a lack of agreement or harmony

Near Antonyms for division

How is the word division distinct from other similar nouns?

Some common synonyms of division are fragment, member, part, piece, portion, section, and segment. While all these words mean "something less than the whole," division applies to a large or diversified part.

the manufacturing division of the company

When would fragment be a good substitute for division?

While in some cases nearly identical to division, fragment applies to a part produced by or as if by breaking off.

only a fragment of the play still exists

When can member be used instead of division?

While the synonyms member and division are close in meaning, member suggests one of the functional units composing a body.

Where would part be a reasonable alternative to division?

The words part and division can be used in similar contexts, but part is a general term appropriate when indefiniteness is required.

they ran only part of the way

In what contexts can piece take the place of division?

In some situations, the words piece and division are roughly equivalent. However, piece applies to a separate or detached part of a whole.

a puzzle with 500 pieces

When is portion a more appropriate choice than division?

Although the words portion and division have much in common, portion implies an assigned or allotted part.

cut the pie into six portions

When could section be used to replace division?

The synonyms section and division are sometimes interchangeable, but section applies to a relatively small or uniform part.

the entertainment section of the newspaper

When is it sensible to use segment instead of division?

The words segment and division are synonyms, but do differ in nuance. Specifically, segment applies to a part separated or marked out by or as if by natural lines of cleavage.

the retired segment of the population

The first known use of division was in the 14th century 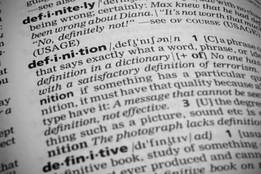 How to Use Word Division Dots and...

More from Merriam-Webster on division