Near Antonyms for rancor

How does the noun rancor differ from other similar words?

Some common synonyms of rancor are animosity, animus, antagonism, antipathy, enmity, and hostility. While all these words mean "deep-seated dislike or ill will," rancor is especially applied to bitter brooding over a wrong.

When is it sensible to use animosity instead of rancor?

While the synonyms animosity and rancor are close in meaning, animosity suggests intense ill will and vindictiveness that threaten to kindle hostility.

Where would animus be a reasonable alternative to rancor?

Although the words animus and rancor have much in common, animus adds to animosity the implication of strong prejudice.

How are the words antipathy and antagonism related as synonyms of rancor?

When is enmity a more appropriate choice than rancor?

While in some cases nearly identical to rancor, enmity suggests positive hatred which may be open or concealed.

When might hostility be a better fit than rancor?

The words hostility and rancor are synonyms, but do differ in nuance. Specifically, hostility suggests an enmity showing itself in attacks or aggression.

The first known use of rancor was in the 14th century 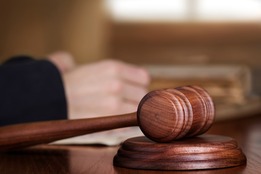 During the trial of Rod Blagojevich, jurors used ...

More from Merriam-Webster on rancor