1a : to propel through the air by a forward motion of the hand and arm throw a baseball
b : to propel through the air in any manner a rifle that can throw a bullet a mile
c : pitch sense 6b threw a no-hitter
2a : to cause to fall threw his opponent
b : to cause to fall off : unseat the horse threw its rider
c : to get the better of : overcome the problem didn't throw her
3a : to fling (oneself) precipitately threw herself down on the sofa
b : to drive or impel violently : dash the ship was thrown on a reef
4a(1) : to put in a particular position or condition threw her arms around him thrown into chaos threw him into prison
(2) : to put on or off hastily or carelessly threw on a coat
b : to bring to bear : exert threw all his efforts into the boy's defense throw their weight behind the proposal
c : build, construct threw a pontoon bridge over the river
5 : to give by way of entertainment throw a party
6 : to indulge in : give way to threw a temper tantrum
7 : to lose intentionally throw a game
8 : to form or shape on a potter's wheel
9 : to deliver (a blow) in or as if in boxing
10a : to make a cast of (dice or a specified number on dice)
b : roll sense 1a throw a bowling ball
11 : to give up : abandon
12 : to send forth : project the setting sun threw long shadows also : shed sense 3b throw some light on the matter
13 : to make (oneself) dependent : commit (oneself) for help, support, or protection threw himself on the mercy of the court
14 : to perform (something, such as a stunt) successfully throwing tricks on a skateboard
15a : to bring forth throws a good crop
b : to give birth to threw large litters
16a : to move (a lever) so as to connect or disconnect parts of a clutch or switch also : to make or break (a connection) with a lever
b : to put (an automobile) in a different gear especially quickly or suddenly he threw the car into reverse
17 : deposit sense 2b the wine throws sediment
18 : to twist two or more filaments of into a thread or yarn

: cast, hurl
throw cold water on
: to discourage especially through pessimism or indifference
throw money at
: to spend large sums of money on or for especially recklessly or ineffectively trying to solve problems by throwing money at them
throw one's weight around or throw one's weight about
: to exercise influence or authority especially to an excessive degree or in an objectionable manner
throw to the wolves
: to leave unprotected against fierce opposition or attack
throw together
1 : to put together in a hurried and usually careless manner a bookshelf hastily thrown together
2 : to bring into casual association different kinds of people are thrown together— Richard Sennett

Definition of throw (Entry 2 of 2)

1a : an act of throwing, hurling, or flinging
b(1) : an act of throwing dice
(2) : the number thrown with a cast of dice
c : a method of throwing an opponent in wrestling or judo
2 : the distance a missile may be thrown or light rays may be projected
3a : a light coverlet (as for a bed)
b : a woman's scarf or light wrap
4 : an undertaking involving chance or danger : risk, venture
5 : the amount of vertical displacement produced by a geologic fault
6a : the extreme movement given to a pivoted or reciprocating piece by a cam, crank, or eccentric : stroke
b : the length of the radius of a crank or the virtual crank radius of an eccentric or cam
a throw
: for each one : apiece copies are to be sold at $5 a throw— Harvey Breit
Other Words from throw Synonyms & Antonyms Choose the Right Synonym More Example Sentences Learn More About throw

Examples of throw in a Sentence

Verb She threw the ball to first base. We threw our hats in the air at the end of the ceremony. Let's see how far you can throw. You throw like a wimp. She threw her coat on the bed. Don't throw your trash on the ground. Throw it in the trash can. The wrestler threw his opponent to the mat. The crash threw the driver from the car. She was thrown from the horse. The storm threw the boat against a reef. Noun The quarterback made a perfect throw. He lost all his winnings on his last throw. a discus throw of 200 feet It's a long throw from center field to home plate.
See More

Recent Examples on the Web: Verb After using an offensive lineman as a receiver, the Giants had rookie receiver Kardarius Toney throw a deep pass to Darius Slayton that fell incomplete. — Rob Maaddi, courant.com, 23 Nov. 2021 At one point, Murphy tried to play despite a bad shoulder and barely could throw the ball 10 yards. — Eric Sondheimer Columnist, Los Angeles Times, 22 Nov. 2021 He was sacked twice, but didn’t throw any interceptions. — Omar Kelly, sun-sentinel.com, 22 Nov. 2021 Not getting enough sleep wreaks havoc on your nervous system, which can throw your temperature regulating systems all out of whack, Dr. Phillips says. — Esther Crain, Health.com, 22 Nov. 2021 The unintended consequences of bad people seeking power and the public rewarding them explain why voters often throw the bum out — only to elect someone even worse. — Washington Post, 19 Nov. 2021 My friends do not get into hilarious high jinks and throw elaborate dinner parties. — Jenny Singer, Glamour, 17 Nov. 2021 Try placing a few seasonal flowers in a vase by the bed or playing around with the color scheme by using a different set of sheets and throw pillows. — New York Times, 17 Nov. 2021 Jil Sander teamed up with Arc’teryx on a range of outerwear and ski overalls ready for whatever elements the winter may throw your way. — Rachel Besser, Vogue, 16 Nov. 2021 Recent Examples on the Web: Noun On Prescott’s final throw, the Cowboys trailing by 10 points with one minute remaining, Jones tipped the pass to set up an interception by cornerback L’Jarius Sneed. — Jori Epstein, USA TODAY, 23 Nov. 2021 Sustainably sourced and woven in Peru and available in over 90 colors, Alicia Adams’ throw is a welcome addition to any couch. — Kareem Rashed, Robb Report, 23 Nov. 2021 Some 14 percent throw salt over their shoulder when necessary, 18 percent won’t open an umbrella indoors, and 21 percent avoid walking under ladders outside. — Colette Brooks, Harper's Magazine, 23 Nov. 2021 Fold up any throw blankets or drape them nicely over an arm. — Jessica Bennett, Better Homes & Gardens, 22 Nov. 2021 Garoppolo made one bad throw, missing Jeff Wilson in the end zone. — Ann Killion, San Francisco Chronicle, 21 Nov. 2021 The Hogs brought the zero blitz and Young’s third-down throw was high. — Michael Casagrande | Mcasagrande@al.com, al, 21 Nov. 2021 That’s a throw Stroud wasn’t seeing in his first couple starts. — Doug Lesmerises, cleveland, 20 Nov. 2021 AnthonyMcClain footage of the area where @PasadenaPD allegedly found a gun that NOBODY saw Anthony McClain throw besides officers allegations. — Richard Winton, Los Angeles Times, 19 Nov. 2021

These example sentences are selected automatically from various online news sources to reflect current usage of the word 'throw.' Views expressed in the examples do not represent the opinion of Merriam-Webster or its editors. Send us feedback.

First Known Use of throw

History and Etymology for throw 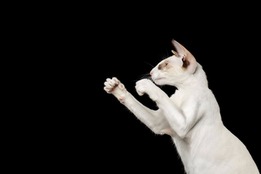 : an act of throwing something (such as a ball)
: an act of rolling dice
: the distance over which something is thrown or could be thrown

1 : to send through the air with a quick forward motion of the arm Throw me a ball.
2 : to put suddenly in a certain position or condition Don't throw trash on the ground. They threw him in prison.
3 : to cause to fall The horse threw its rider.
4 : to put on or take off in a hurry Let me throw on a coat.
5 : to move (the body or part of the body) in a certain way I threw myself on the bed. He threw his arms around her.
6 : to move (as a window or switch) to an open or closed position
7 : to give by way of entertainment Let's throw a party!
throw away
1 : to get rid of : discard
2 : squander, waste Don't throw away your money.
throw out
1 : to get rid of Did you throw out the newspaper?
2 : to remove from a place, position, or participation The ref threw out two players.
3 : to give off The wire threw out sparks.
4 : to cause to project : extend He threw out his arms.
throw up
: vomit entry 2

Kids Definition of throw (Entry 2 of 2)

throw, toss, and hurl mean to cause something to move swiftly through space often by using the arm. throw is the broadest word and can be used of almost any motion and driving force. The graduates threw their caps in the air. A crash threw the driver from the car. toss is used for a light or careless throwing of something. Let's toss a coin. He tossed the paper into the wastebasket. hurl is used when throwing with strong force. An angry mob hurled rocks.