1
: to cause or help to rise to a standing position
2
a
: awaken, arouse
b
: to stir up : incite
raise a rebellion
c
: to flush (game) from cover
d
: to recall from or as if from death
3
a
: to set upright by lifting or building
raise a monument
b
: to lift up
raise your hand
raise sunken treasure
c
: to place higher in rank or dignity : elevate
d
: heighten, invigorate
raise the spirits
e
: to end or suspend the operation or validity of
raise a siege
4
: to get together for a purpose : collect
raise funds
5
a
: grow, cultivate
raise cotton
b
: to bring to maturity : rear
raise a child
c
: to breed and bring (an animal) to maturity
6
a
: to give rise to : provoke
raise a commotion
b
: to give voice to
raise a cheer
7
: to bring up for consideration or debate
raise an issue
8
a
: to increase the strength, intensity, or pitch of
don't raise your voice
b
: to increase the degree of
c
: to cause to rise in level or amount
raise the rent
d(1)
: to increase the amount of (a poker bet)
(2)
: to bet more than (a previous bettor)
e(1)
: to make a higher bridge bid in (a partner's suit)
(2)
: to increase the bid of (one's partner)
9
: to make light and porous
raise dough
10
: to cause to ascend
raise the dust
11
: to multiply (a quantity) by itself a specified number of times
raise two to the fourth power
12
: to bring in sight on the horizon by approaching
raise land
13
a
: to bring up the nap of (cloth)
b
: to cause (something, such as a blister) to form on the skin
14
: to increase the nominal value of fraudulently
raise a check
15
: to articulate (a sound) with the tongue in a higher position
16
: to establish radio communication with

1
dialect : rise
2
: to increase a bet or bid
raiser noun

1
: an act of raising or lifting
2
: a rising stretch of road : an upward grade : rise
3
: an increase in amount: such as
a
: an increase of a bet or bid
b
: an increase in wages or salary
4
: a vertical or inclined opening or passageway connecting one mine working area with another at a higher level
Phrases
raise Cain or raise hell
1
: to act wildly : create a disturbance
2
: to scold or upbraid someone especially loudly
raised hell with the umpire
raise eyebrows
: to cause surprise or mild disapproval
raise the bar
: to set a higher standard
new software that raises the bar for competitors

Choose the Right Synonym for raise

lift, raise, rear, elevate, hoist, heave, boost mean to move from a lower to a higher place or position.

lift the chair while I vacuum

raise carries a stronger implication of bringing up to the vertical or to a high position.

rear may add an element of suddenness to raise.

suddenly reared itself up on its hind legs

elevate may replace lift or raise especially when exalting or enhancing is implied.

elevated the taste of the public

hoisted the cargo on board

heave implies lifting and throwing with great effort or strain.

heaved the heavy crate inside

boost suggests assisting to climb or advance by a push.

boosted his brother over the fence

Verb Raise your hand if you know the answer. Raise your arms above your head. He raised his head and looked around. She raised her eyes from her book and stared at him. He raised the cup to his lips and drank. I raised the lid and peeked inside. Let's raise the windows and get some fresh air in here. We raised the flag to the top of the pole. I carefully raised her to a sitting position. She raised herself onto her knees. Noun the school board approved a raise in the maximum family income for students qualifying for reduced-price lunches See More
Recent Examples on the Web
Verb
Since being found guilty in January of lying to investors to raise money for her blood-testing startup, Holmes spent much of the intervening time pushing for a new trial, then begging not to have to go to jail. —

Emma Hinchliffe, Fortune, 19 Jan. 2023 This involves both parties fully participating to raise the money for their wedding and reception. —

Amy Dickinson, Detroit Free Press, 19 Jan. 2023 Strikes disrupted train services, flights, schools and businesses in France on Thursday as more than one million people protested against the government’s plans to raise the retirement age for most workers. —

Joseph Ataman, CNN, 19 Jan. 2023 This involves both parties fully participating to raise the money for their wedding and reception. —

Aaron Pressman, BostonGlobe.com, 18 Jan. 2023 One of his more recent tasks included revamping the municipality’s holiday party to include employees more in its charitable giving, selling raffle tickets to raise money for a local nonprofit nominated by staff. —

Dallas News, 18 Jan. 2023 The nomination was announced on Dec. 22, when the Legislature had returned to Albany to give itself a $32,000 pay raise — a move that required the governor’s approval and could have been used to help her with Mr. LaSalle. —

Todd Spangler, Variety, 4 Jan. 2023 This could impact their annual raise, their bonus and the likelihood of future opportunities. —

Stacey Hanke, Forbes, 20 Dec. 2022 The more bullish profit guidance comes even as Delta recently reached a tentative labor agreement with its pilots that would grant them a 34% raise, including backpay, over the next three years. —

These example sentences are selected automatically from various online news sources to reflect current usage of the word 'raise.' Views expressed in the examples do not represent the opinion of Merriam-Webster or its editors. Send us feedback. 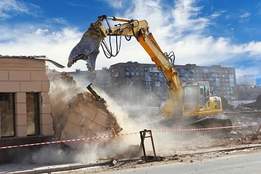 raised; raising
1
: to cause to rise
raise a window
raise dust
2
a
: awake entry 1, arouse
enough noise to raise the dead
b
: to recall from or as if from death
c
: to stir up : incite
raise a rebellion
3
a
: to set upright by lifting or building
raise a monument
b
: to lift up
raise your hand
c
: to place higher especially in rank : promote
was raised to captain
d
: heighten sense 1, invigorate
raise the spirits
4
: collect entry 2 sense 1b
raise funds
5
a
: to look after the growth and development of : grow
raise hogs
raise corn
b
: bring up sense 1, rear sense 3b
raise a child
was raised in the city
6
: bring about
raised a laugh
7
: to bring to notice
raise an issue
8
a
: to increase the strength of
don't raise your voice
b
: to increase the amount of
raise the rent
c
: to increase a bid or bet
9
: to make light and airy
raise dough
10
: to multiply a quantity by itself a specified number of times
raise two to the fourth power
11
: to bring into sight on the horizon by approaching
raised land at last
12
: to cause to form on the skin
raise a blister
raiser noun

More from Merriam-Webster on raise