How is the word wile different from other nouns like it?

Some common synonyms of wile are artifice, feint, maneuver, ruse, stratagem, and trick. While all these words mean "an indirect means to gain an end," wile suggests an attempt to entrap or deceive with false allurements.

used all of his wiles to ingratiate himself

When can artifice be used instead of wile?

The synonyms artifice and wile are sometimes interchangeable, but artifice implies ingenious contrivance or invention.

the clever artifices of the stage

When would feint be a good substitute for wile?

The words feint and wile are synonyms, but do differ in nuance. Specifically, feint implies a diversion or distraction of attention away from one's real intent.

a feint toward the enemy's left flank

When is maneuver a more appropriate choice than wile?

The words maneuver and wile can be used in similar contexts, but maneuver suggests adroit and skillful avoidance of difficulty.

When could ruse be used to replace wile?

Although the words ruse and wile have much in common, ruse stresses an attempt to mislead by a false impression.

the ruses of smugglers

Where would stratagem be a reasonable alternative to wile?

In some situations, the words stratagem and wile are roughly equivalent. However, stratagem implies a ruse used to entrap, outwit, circumvent, or surprise an opponent or enemy.

When is it sensible to use trick instead of wile?

While in some cases nearly identical to wile, trick may imply deception, roguishness, illusion, and either an evil or harmless end.

the tricks of the trade 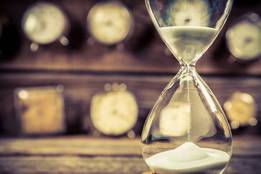 Where does the time go?

More from Merriam-Webster on wile