variants also marshall
as in sheriff

How does the verb marshal contrast with its synonyms?

Some common synonyms of marshal are arrange, methodize, order, organize, and systematize. While all these words mean "to put persons or things into their proper places in relation to each other," marshal suggests gathering and arranging in preparation for a particular operation or effective use.

marshaling the facts for argument

When is it sensible to use arrange instead of marshal?

The synonyms arrange and marshal are sometimes interchangeable, but arrange implies a setting in sequence, relationship, or adjustment.

When would methodize be a good substitute for marshal?

Although the words methodize and marshal have much in common, methodize suggests imposing an orderly procedure rather than a fixed scheme.

methodizes every aspect of daily living

When is order a more appropriate choice than marshal?

In some situations, the words order and marshal are roughly equivalent. However, order suggests a straightening out so as to eliminate confusion.

When can organize be used instead of marshal?

While in some cases nearly identical to marshal, organize implies arranging so that the whole aggregate works as a unit with each element having a proper function.

organized the volunteers into teams

When could systematize be used to replace marshal?

The meanings of systematize and marshal largely overlap; however, systematize implies arranging according to a predetermined scheme. 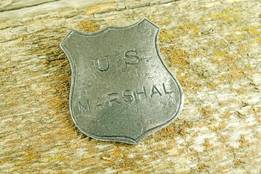