1 to make untrue and harmful statements about

Near Antonyms for defame

2 archaic to make a claim of wrongdoing against

Near Antonyms for defame

How does the verb defame differ from other similar words?

Some common synonyms of defame are asperse, calumniate, malign, slander, traduce, and vilify. While all these words mean "to injure by speaking ill of," defame stresses the actual loss of or injury to one's good name.

sued them for defaming her reputation

When could asperse be used to replace defame?

In some situations, the words asperse and defame are roughly equivalent. However, asperse implies continued attack on a reputation often by indirect or insinuated detraction.

both candidates aspersed the other's motives

When is it sensible to use calumniate instead of defame?

While the synonyms calumniate and defame are close in meaning, calumniate imputes malice to the speaker and falsity to the assertions.

falsely calumniated as a traitor

Where would malign be a reasonable alternative to defame?

Although the words malign and defame have much in common, malign suggests specific and often subtle misrepresentation but may not always imply deliberate lying.

the most maligned monarch in British history

In what contexts can slander take the place of defame?

The meanings of slander and defame largely overlap; however, slander stresses the suffering of the victim.

When can traduce be used instead of defame?

The words traduce and defame are synonyms, but do differ in nuance. Specifically, traduce stresses the resulting ignominy and distress to the victim.

so traduced the governor that he was driven from office

When would vilify be a good substitute for defame?

The words vilify and defame can be used in similar contexts, but vilify implies attempting to destroy a reputation by open and direct abuse.

no criminal was more vilified in the press

The first known use of defame was in the 14th century 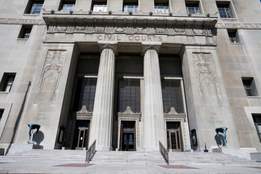 More from Merriam-Webster on defame