1 : an object or entity not precisely designated or capable of being designated use this thing
2a : an inanimate object distinguished from a living being
b : a separate and distinct individual quality, fact, idea, or usually entity
c : the concrete entity as distinguished from its appearances
d : a spatial entity
3 : individual not a living thing in sight
4a : a matter of concern : affair many things to do
b things plural : state of affairs in general or within a specified or implied sphere things are improving
c : a particular state of affairs : situation look at this thing another way
d : event, circumstance Meeting her was a wonderful thing.
5a things plural : possessions, effects pack your things
b : whatever may be possessed or owned or be the object of a right
c : an article of clothing not a thing to wear
d things plural : equipment or utensils especially for a particular purpose bring the tea things
6a : deed, act, accomplishment do great things
b : a product of work or activity likes to build things
c : the aim of effort or activity the thing is to get well
7a : something (such as an activity) that makes a strong appeal to the individual : forte, specialty letting students do their own thing — Newsweek I think travelling is very much a novelist's thing— Philip Larkin
b : a mild obsession or phobia has a thing about driving also : the object of such an obsession or phobia
8a : detail, point checks every little thing
b : a material or substance of a specified kind avoid fatty things
9a : idea, notion says the first thing he thinks of
b : a piece of news or information couldn't get a thing out of him
c : a spoken or written observation or point
10 : the proper or fashionable way of behaving, talking, or dressing —used with the
Synonyms More Example Sentences Phrases Containing thing Learn More About thing

Examples of thing in a Sentence

What is that thing on the floor? He is good at making things out of clay. My doctor told me to avoid fatty things like donuts and potato chips. We must respect all living things. Birth is a miraculous thing. It was the worst thing that could have happened. That sunset was the most beautiful thing I have ever seen. Let's just forget about the whole thing and move on. The one thing I hate most is being lied to. Are all your things packed? See More
Recent Examples on the Web But the temperate weather will be a thing of the past during this weekend’s scorcher. — Dana Gerber, BostonGlobe.com, 20 May 2022 Having as diverse a selection of games on the storefront as possible can never be a bad thing, and these could entice younger family members to try out the platform. — Kris Holt, Forbes, 20 May 2022 There is no such thing as a one-man team in the NBA, but the Dallas Mavericks come close. — Fred Bowen, Washington Post, 19 May 2022 According to Gallup, as of July of 2021, 75% of Americans thought immigration was a good thing for our country. — Pramila Jayapal And Deepak Bhargava, CNN, 19 May 2022 That’s not going anywhere, which is probably a good thing. — Bryan Hood, Robb Report, 19 May 2022 As if compromising beliefs in the pursuit of power is a good thing. — John Archibald | Jarchibald@al.com, al, 18 May 2022 The 2022 midterms are shaping up to be no such thing. — Alex Shephard, The New Republic, 18 May 2022 And not being shamed is a real big thing in the Asian community. — Adam Tschorn, Los Angeles Times, 17 May 2022 See More

These example sentences are selected automatically from various online news sources to reflect current usage of the word 'thing.' Views expressed in the examples do not represent the opinion of Merriam-Webster or its editors. Send us feedback.

First Known Use of thing

History and Etymology for thing

The first known use of thing was before the 12th century 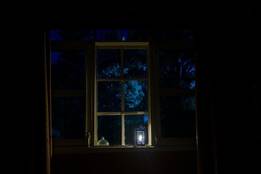 1 : an act or matter that is or is to be done I have a thing or two to take care of. You did the right thing.
2 : something that exists and can be talked about Nouns name people and things. Say the first thing that pops into your mind. How do you work this thing?
3 things plural : personal possessions Pack your things, we're leaving.
4 : detail entry 1 sense 2 He checks every little thing.
5 things plural : existing conditions and circumstances Things are improving.
6 : event sense 1 The accident was a terrible thing.
7 : deed entry 1 sense 1, achievement, act We expect great things from them.
8 : a piece of clothing not a thing to wear
9 : what is needed or wanted It's just the thing for a cold.
10 : an action or interest especially that someone enjoys very much Music is my thing.
11 : individual entry 2 sense 1 "I can't stand reptiles. Get that thing away from me!"— Judy Blume, Tales of a Fourth Grade Nothing
12 : a spoken or written observation or point Mrs. Kemp was shocked. "What a thing to say about your little friend."— Beverly Cleary, Ramona Quimby, Age 8

More from Merriam-Webster on thing