1 : move, proceed, go The boat was too tall to pass under the bridge.
2a : to go away : depart the fright passes almost immediately— Fred Majdalany
b : die —often used with on Her parents have passed on.
3a : to move in a path so as to approach and continue beyond something : move past especially : to move past another vehicle going in the same direction glowered at the other driver as we passed
b : to run the normal course —used of time or a period of time the hours pass quickly
4a : to go or make one's way through allow no one to pass
b : to go uncensured, unchallenged, or seemingly unnoticed let the remark pass
5 : to go from one quality, state, or form to another passes from a liquid to a gaseous state
6a : to sit in inquest (see inquest sense 1) or judgment
b(1) : to render a decision, verdict, or opinion the court passed on the legality of wiretapping
(2) : to become legally rendered judgment passed for the plaintiff
7 : to go from the control, ownership, or possession of one person or group to that of another the throne passed to the king's son title passes to the buyer upon payment in full
8a : happen, occur commenting freely on the transactions as they pass— W. L. Sperry
b : to take place or be exchanged as or in a social, personal, or business interaction words passed
9a : to become approved by a legislature or body empowered to sanction or reject the proposal passed
b : to undergo an inspection, test, or course of study successfully took the examination and passed
10a : to serve as a medium of exchange
b : to be accepted or regarded drivel that passes for literature
c : to identify oneself or be identified as something one is not tried to pass as an adult Mom could pass as my sister
11a obsolete : to make a pass (see pass entry 3 sense 5) in fencing
b : to throw or hit a ball or puck to a teammate —often used with off took the ball and quickly passed off to a teammate
12a(1) : to decline to bid, double, or redouble in a card game Her bridge partner passed.
(2) : to withdraw from the current poker pot
b : to let something go by without accepting or taking advantage of it thanks for the offer, but I'll pass —often used with on passed on the cheesecake

1 : to go beyond: such as
a : surpass, exceed passes all expectations
b : to advance or develop beyond
c : to go past (one moving in the same direction) passed a slower moving car
2a : to go by : proceed or extend beyond pass the school on their way to work
b(1) obsolete : neglect, omit
(2) : to omit a regularly scheduled declaration and payment of (a dividend)
3a : to go across, over, or through : cross
b : to live through (something, such as an experience or peril) : undergo
c : to go through (something, such as a test) successfully passed the final exams of his courses
4a : to secure the approval of the bill passed the Senate
b : to cause or permit to win approval or legal or official sanction pass a law
c : to give approval or a passing grade to pass the students
5a : to let (time or a period of time) go by especially while involved in a leisure activity I'll read to pass the time
b : to let go unnoticed : overlook, disregard his commander quietly passed his likes or dislikes— George Meredith
6a : pledge had passed his word that he would repay the debt
b : to transfer the right to or property in pass title to a house
7a : to put in circulation pass bad checks
b(1) : to transfer or transmit from one to another pass the salt passing the savings on to customers
(2) : to relay or communicate (something, such as information) to another
c : to cause or enable to go : transport waited till the soldiers and wounded were all passed over— Walt Whitman
d : to throw or hit (a ball or puck) especially to a teammate —often used with off passed the ball off to his teammate
8a : to pronounce (something, such as a sentence or opinion) especially judicially passed sentence on the convicted man
b : utter passed a cutting remark
9a : to cause or permit to go past or through a barrier passed the detectives to view the crime scene
b : to move or cause to move in a particular manner or direction passed my hand over my face pass the rope through the loop
c : to cause to march or go by in order pass the troops in review
10 : to emit or discharge from a bodily part and especially the bowels
11a : to give a base on balls to passed two batters
b : to hit a ball past (an opponent) in a game (such as tennis)
pass muster
: to gain approval or acceptance His cooking could pass muster in an expensive French restaurant.
pass the buck
: to shift a responsibility to someone else Stop trying to pass the buck and take responsibility for what you did.
pass the hat
: to take up a collection for money passed the hat for families affected by the disaster
pass the time of day
: to exchange greetings or engage in pleasant conversation passed the time of day with friends in the park

1 : a means (such as an opening, road, or channel) by which a barrier may be passed or access to a place may be gained especially : a low place in a mountain range
2 : a position to be held usually against odds

1 : realization brought his dream to pass
2 : the act or an instance of passing : passage
3 : a usually distressing or bad state of affairs what has brought you to such a pass?
4a : a written permission to move about freely in a place or to leave or enter it
b : a written leave of absence from a military post or station for a brief period
c : a permit or ticket allowing free transportation or free admission
5 archaic : a thrust or lunge in fencing
6a : a transference of objects by sleight of hand or other deceptive means
b : a moving of the hands over or along something
7 archaic : an ingenious sally (as of wit)
8 : the passing of an examination or course of study also : the mark or certification of such passing
9 : a single complete mechanical operation also : a single complete cycle of operations (as for processing, manufacturing, or printing)
10a(1) : a transfer of a ball or a puck from one player to another on the same team
(2) : a ball or puck so transferred
b : passing shot
11 : base on balls
12a : an instance of letting something (such as an offer or opportunity) go by without accepting or taking advantage of it Jackson toured the place with top designers, and execs looked over his … toy that resembled an animal. Mattel took a pass [=turned down the offer] and Jackson took the rejection well.— Pamela Lansden President Donald Trump is expected to take a pass on handing out this year's National Teacher of the Year award honors—forgoing a tradition that dates to President Harry Truman.— Kimberly Hefling
b : an election not to bid, bet, or draw an additional card in a card game
13 : a throw of dice in the game of craps that wins the bet for the shooter — compare crap entry 3 sense 2, missout
14 : a single passage or movement (as of an airplane) over a place or toward a target
15a : effort, try
b : a sexually inviting gesture or approach
16 : pase

Examples of pass in a Sentence

Verb The boat was too tall to pass beneath the bridge. A flock of geese were passing overhead. They pass the library every morning on their way to school. The ships passed each other in the night. We passed each other in the hallway without looking up. She passed two other runners just before the finish line. He passed the slower cars on the highway. The drug passes quickly into the bloodstream. In a solar eclipse, the moon passes between the sun and the Earth. The airplane passed out of sight. See More

First Known Use of pass

History and Etymology for pass

The first known use of pass was in the 13th century 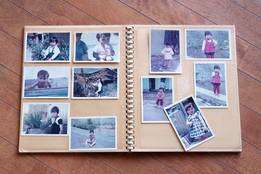 1 : move entry 1 sense 1, proceed The airplane passed out of sight.
2 : to go away The pain will soon pass.
3 : to go by or move past Pass that car.
4 : to go or allow to go across, over, or through They let me pass.
5 : to transfer or throw to another person Please pass the salt. Pass me the football!
6 : to go successfully through an examination or inspection
7 : to cause or permit to elapse We passed the time playing cards.
8 : happen sense 1 The day passed without any problems.
9 : to move from one place or condition to another The business has passed to new ownership.
10 : to be or cause to be approved The Senate passed the bill.
11 : to be or cause to be identified or recognized She tried to pass for an expert.
12 : die entry 1 sense 1
pass away
: die entry 1 sense 1
pass out
: to become unconscious : faint
pass up
: to let go by : refuse It was an offer too good to pass up.

Kids Definition of pass (Entry 2 of 3)

1 : an opening or way for going along or through
2 : a gap in a mountain range

Kids Definition of pass (Entry 3 of 3)

: to emit or discharge from a bodily part and especially from the bowels : evacuate sense 2, void

1a : to issue a decision, verdict, or opinion the Supreme Court passed on a statute
b : to be legally issued judgment passed by default
2 : to go from the control, ownership, or possession of one person or group to that of another title passes to the buyer

1 : to omit a regularly scheduled declaration and payment of (a dividend)
2a : to get the approval of the bill passed the House
b : to give approval or legal sanction to the House passed the bill
3 : to transfer the right to or interest in the sale passes the title to the goods
4 : to put in circulation pass bad checks — compare utter
5 : to pronounce (as a sentence or judgment) judicially

More from Merriam-Webster on pass