How is the word vogue distinct from other similar nouns?

Some common synonyms of vogue are craze, fad, fashion, mode, rage, and style. While all these words mean "the usage accepted by those who want to be up-to-date," vogue stresses the wide acceptance of a fashion.

When is fad a more appropriate choice than vogue?

While in some cases nearly identical to vogue, fad suggests caprice in taking up or in dropping a fashion.

In what contexts can fashion take the place of vogue?

Although the words fashion and vogue have much in common, fashion is the most general term and applies to any way of dressing, behaving, writing, or performing that is favored at any one time or place.

When might mode be a better fit than vogue?

While the synonyms mode and vogue are close in meaning, mode suggests the fashion of the moment among those anxious to appear elegant and sophisticated.

How do rage and craze relate to one another, in the sense of vogue?

When can style be used instead of vogue?

In some situations, the words style and vogue are roughly equivalent. However, style often implies a distinctive fashion adopted by people of taste. 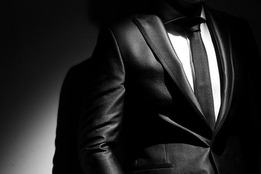 More from Merriam-Webster on vogue