1a(1) : friendly regard shown toward another especially by a superior a politician attempting to keep the favor of the voters
(2) : approving consideration or attention : approbation looked with favor on the enterprise
b : partiality The students naturally showed favor toward their own team.
c archaic : leniency
d archaic : permission
e : popularity The fad lost favor quickly.
2 archaic
a : appearance
b(1) : face
(2) : a facial feature
3a : gracious kindness also : an act of such kindness did you a favor
b archaic : aid, assistance
c favors plural : effort in one's behalf or interest : attention vying for the king's favor
4a : a token of love (such as a ribbon) usually worn conspicuously
b : a small gift or decorative item given out at a party
c : badge
5a : a special privilege or right granted or conceded granted a favor to a dear friend
b : sexual privileges —usually used in plural
6 archaic : letter
7 : behalf, interest a man who acts only in his own favor
in favor of
1a : in accord or sympathy with
b : to the benefit of : in support of a verdict in favor of the accused
2 : to the order of
3 : in order to choose : out of preference for turned down the scholarship in favor of a pro career
in one's favor
1 : in one's good graces wanted to get back in the teacher's favor
2 : to one's advantage The judge ruled in our favor.
out of favor
: unpopular, disliked Her ideas are now out of favor.

Definition of favor (Entry 2 of 2)

1a : to regard or treat with favor
b(1) : to do a kindness for : oblige
(2) : endow
c : to treat gently or carefully favored her injured leg
2 : to show partiality toward : prefer
3a : to give support or confirmation to : sustain
b : to afford advantages for success to : facilitate good weather favored the outing
4 : to bear a resemblance to he favors his father
Other Words from favor Synonyms & Antonyms More Example Sentences Phrases Containing favor Learn More About favor

Other Words from favor

Examples of favor in a Sentence

Noun I drove her to the airport because I owed her a favor. She's willing to help you but only as a favor to me. Don't do me any favors. I don't need your help. I've learned to be grateful for small favors. He's trying to earn the boss's favor by working late. The judge showed favor for the defendant. The students naturally showed favor toward their own school's team. Small boxes of candy were given out as favors at the wedding. Verb The teacher clearly favors you. Most voters favor these tax cuts. Her father favored the idea of her going to law school. They won the championship last year, and most forecasters favor them to win again this year. See More
Recent Examples on the Web: Noun Frequently, Wentz passed up the running back in favor of throwing the ball downfield. — Joel A. Erickson, The Indianapolis Star, 11 May 2022 In 2019, a federal judge in Rhode Island ruled in favor of the insurance company, saying that Carman contributed to the demise of his boat by making improper repairs that made the vessel more likely to sink. — Washington Post, 11 May 2022 Many competitors have abandoned those vehicles in favor of larger, more profitable trucks and sport-utility vehicles. — Sean Mclain, WSJ, 11 May 2022 Rattled by the latest dips in the stock market, many investors have rushed to dump their bitcoin and other volatile digital currencies in favor of more stable investments like U.S. Treasury bonds, some crypto watchers said. — Khristopher J. Brooks, CBS News, 11 May 2022 Royal Oak recently joined the effort, with its city commission voting in favor of adopting legislation to support the initiative on Monday. — Lauren Wethington, Detroit Free Press, 11 May 2022 Elsewhere in the book, Esper describes a campaign to purge officials deemed insufficiently loyal to Trump in favor of others thought to be more pliable. — BostonGlobe.com, 11 May 2022 This might mean setting aside your favorite color or trends in favor of a more universally appealing look. — Nafeesah Allen, Better Homes & Gardens, 10 May 2022 Mooney has attacked McKinley for voting with 12 other House Republicans in favor of Biden's $1.2 trillion infrastructure bill. — Leah Willingham, ajc, 10 May 2022 Recent Examples on the Web: Verb The court’s decision could uphold or strike down an anti-gerrymandering amendment to the state constitution enacted by Florida voters in 2010, which required compact districts that do not favor one political party. — BostonGlobe.com, 11 May 2022 The weather conditions that favor spot anthracnose are constant rain when the buds are first beginning to open. — Paul Cappiello, The Courier-Journal, 6 May 2022 According to Galor, economic development is driven by the interplay between technological innovation and the evolution of societies in ways that favor innovation. — Washington Post, 29 Apr. 2022 The courts are widely expected to scrutinize new lines in Florida that overwhelmingly favor Republicans, as well. — Nicholas Fandos, New York Times, 27 Apr. 2022 Musk, a controversial Twitter user with a history of erratic behavior on and off the platform, has called for freer speech on the social network and policies that would favor leaving up most tweets and accounts. — Sara Ashley O'brien And Clare Duffy, CNN, 26 Apr. 2022 Pro-Ukraine posts and hashtags appear to have been suppressed on Chinese platforms, and Chinese state media have amplified disinformation and conspiracy theories that favor Russia. — NBC News, 24 Apr. 2022 Believe it or not, mounting research suggests that being flexible and aiming for imperfection—not trying to do it right—better drives the choices that favor consistent healthy eating and exercise. — Kathy Caprino, Forbes, 21 Apr. 2022 Made only in years that favor varieties that ripen late in the season, this exquisite Rhône red is mostly Mourvedre, known for its long aging potential, blended with Syrah, Grenache and Counoise. — Mike Desimone, Robb Report, 10 Apr. 2022 See More

These example sentences are selected automatically from various online news sources to reflect current usage of the word 'favor.' Views expressed in the examples do not represent the opinion of Merriam-Webster or its editors. Send us feedback.

First Known Use of favor

History and Etymology for favor

The first known use of favor was in the 14th century 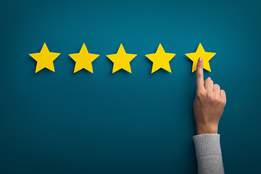 Your preference depends on where you're from

1 : an act of kindness Do me a favor.
2 : approval sense 1, liking They look with favor on protecting wildlife.
3 : a preference for one side over another The umpire showed favor toward the champs.
4 : a small gift or decorative item party favors
in favor of
1 : wanting or approving of All in favor of going say aye.
2 : in support of The judge ruled in favor of the defendant.

Kids Definition of favor (Entry 2 of 2)

1 : to prefer especially unfairly My mom always favors my little brother.
2 : to approve of The president favors a bill to cut taxes.
3 : to present with The author favored us with a copy of her book.
4 : to make possible or easier Winds favored the ship's journey east.
5 : to look like He favors his mother.

1 : bias
2 : benefit
in favor of
: to the benefit of a judgment in favor of the defendant
in one's favor
: to one's benefit a donation inter vivos made in his favor

More from Merriam-Webster on favor