chiefly dialect
as in damned
to a great degree a monstrous pretty gal, she was

How is the word monstrous different from other adjectives like it?

Some common synonyms of monstrous are prodigious, stupendous, and tremendous. While all these words mean "extremely impressive," monstrous implies a departure from the normal (as in size, form, or character) and often carries suggestions of deformity, ugliness, or fabulousness.

the monstrous waste of the project

In what contexts can prodigious take the place of monstrous?

In some situations, the words prodigious and monstrous are roughly equivalent. However, prodigious suggests a marvelousness exceeding belief, usually in something felt as going far beyond a previous maximum (as of goodness, greatness, intensity, or size).

made a prodigious effort and rolled the stone aside

Where would stupendous be a reasonable alternative to monstrous?

Although the words stupendous and monstrous have much in common, stupendous implies a power to stun or astound, usually because of size, numbers, complexity, or greatness beyond description.

When is it sensible to use tremendous instead of monstrous?

The words tremendous and monstrous are synonyms, but do differ in nuance. Specifically, tremendous may imply a power to terrify or inspire awe.

the tremendous roar of the cataract 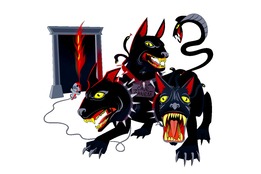 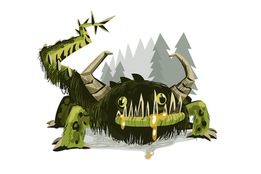 More from Merriam-Webster on monstrous