1a : an issue of water from the earth : a pool fed by a spring
b : source, origin
2a : a pit or hole sunk into the earth to reach a supply of water
b : a shaft or hole sunk to obtain oil, brine, or gas
3a : an enclosure in the middle of a ship's hold to protect from damage and facilitate the inspection of the pumps
b : a compartment in the hold of a fishing boat in which fish are kept alive
4 : an open space extending vertically through floors of a structure
5a : a space having a construction or shape suggesting a well for water
b : the area behind a bar in which items used most frequently by a bartender are kept
6a : something resembling a well in being damp, cool, deep, or dark
b : a deep vertical hole
c : a source from which something may be drawn as needed
7 : a pronounced minimum of a variable in physics a potential well

1 : to rise to the surface and usually flow forth tears welled from her eyes
2 : to rise like a flood of liquid longing welled up in his breast

: to emit in a copious free flow

1a : in a good or proper manner : justly, rightly
b : satisfactorily with respect to conduct or action did well in math works well under pressure
2 : in a kindly or friendly manner spoke well of your idea wished them well
3a : with skill or aptitude : expertly, excellently paints well
b : satisfactorily the plan worked well
c : with good appearance or effect : elegantly carried himself well
4 : with careful or close attention : attentively watch well what I do
5 : to a high degree well deserved the honor a well-equipped kitchen —often used as an intensifier or qualifier there are … vacancies pretty well all the time — Listener
6 : fully, quite well worth the price
7a : in a way appropriate to the facts or circumstances : fittingly, rightly well said
b : in a prudent manner : sensibly —used with do you would do well to reread the material
8 : in accordance with the occasion or circumstances : with propriety or good reason cannot well refuse the decision may well be questioned
9a : as one could wish : pleasingly the idea didn't sit well with her
b : with material success : advantageously married well
10a : easily, readily could well afford a new car
b : in all likelihood : indeed it may well be true
11 : in a prosperous or affluent manner he lives well
12 : to an extent approaching completeness : thoroughly after being well dried with a towel
13 : without doubt or question : clearly well knew the penalty
14 : in a familiar manner knew her well
15 : to a large extent or degree : considerably, far well over a million
as well
1 : in addition : also there were other features as well
2 : to the same extent or degree : as much open as well to the poor as to the rich
3 : with equivalent, comparable, or more favorable effect might just as well have stayed home

1 —used to indicate resumption of discourse or to introduce a remark they are, well, not quite what you'd expect
2 —used to express surprise or expostulation well, what have we here?

1a : prosperous, well-off
b : being in satisfactory condition or circumstances
2 : being in good standing or favor
3 : satisfactory, pleasing all's well that ends well
4 : advisable, desirable it might be well for you to leave
5a : free or recovered from infirmity or disease : healthy he's not a well man
b : completely cured or healed the wound is nearly well
6 : pleasing or satisfactory in appearance our garden looks well— Conrad Aiken
7 : being a cause for thankfulness : fortunate it is well that this has happened
8 of liquor : used for making mixed drinks when no branded alcohol is specified also : made with well liquor a well drink

Choose the Right Synonym for well

healthy, sound, wholesome, robust, hale, well mean enjoying or indicative of good health. healthy implies full strength and vigor as well as freedom from signs of disease. a healthy family sound emphasizes the absence of disease, weakness, or malfunction. a sound heart wholesome implies appearance and behavior indicating soundness and balance. a face with a wholesome glow robust implies the opposite of all that is delicate or sickly. a lively, robust little boy hale applies particularly to robustness in old age. still hale at the age of eighty well implies merely freedom from disease or illness. she has never been a well person

Adverbial good has been under attack from the schoolroom since the 19th century. Insistence on well rather than good has resulted in a split in connotation: well is standard, neutral, and colorless, while good is emotionally charged and emphatic. This makes good the adverb of choice in sports. "I'm seeing the ball real good" is what you hear — Roger Angell In such contexts as listen up. And listen good — Alex Karras lets fly with his tomatoes before they can flee. He gets Clarence good — Charles Dickinson good cannot be adequately replaced by well. Adverbial good is primarily a spoken form; in writing it occurs in reported and fictional speech and in generally familiar or informal contexts.

An old notion that it is wrong to say "I feel good" in reference to health still occasionally appears in print. The origins of this notion are obscure, but they seem to combine someone's idea that good should be reserved to describe virtue and uncertainty about whether an adverb or an adjective should follow feel. Today nearly everyone agrees that both good and well can be predicate adjectives after feel. Both are used to express good health, but good may connote good spirits in addition to good health.

Examples of well in a Sentence

These example sentences are selected automatically from various online news sources to reflect current usage of the word 'well.' Views expressed in the examples do not represent the opinion of Merriam-Webster or its editors. Send us feedback.

First Known Use of well

12th century, in the meaning defined at intransitive sense 1

History and Etymology for well

Note: Both the Middle English Dictionary and the Oxford English Dictionary, third edition (OED), treat the two Middle English verbs wellen as simply the same verb; compare, however, J. de Vries (Nederlands Etymologisch Woordenboek), who treats Dutch wellen "to bubble up" (opborrelen) and wellen "to make boil, hammer white-hot metal together" (doen koken, gloeiende metalen aaneenhameren) in separate articles. The OED asserts that there is a range of dialect attestation of the verb (wællan, wellan, willan, wyllan), apparently on the basis of the few forms given in the citations (the imperatives wel, wyl and wæl in recipes): "In Old English the verb shows the expected reflex of the i-mutation of early Old English æ (West Germanic a) before ll, depending on dialect." But if this statement is based on a reconstruction of the immediate pre-Old English form and inflection of the verb, or its West Germanic predecessor, no such reconstruction is given. The etymology itself merely lists a group of supposed Germanic cognates, summarized by the statement "a causative formation < the same Germanic base as wall v.1 [i.e., Old English weallan]." — In addition to *wallan-, Germanic has an apparent e-grade strong verb *wellan-, seen in Old Saxon and Old High German biwellan "to stain, besmirch," Old Icelandic vella "to well over, boil," and probably Old English wollentēar "with streaming tears." Along with a series of nominal formations outside Germanic based on a zero-grade *u̯l̥H- (see note at well entry 1), the Germanic verbs would lead to an Indo-European base *u̯el(H)- "seethe, bubble." Some have seen this etymon as identical with a homonymous base meaning "to roll" (see welter entry 1), the view of H. Rix, et al., (Lexikon der indogermanischen Verben, 2. Auflage, Wiesbaden, 2001). E. Seebold, on the other hand (Vergleichendes und etymologisches Wörterbuch der germanischen starken Verben, Mouton, 1970, p. 552) thinks the connection in sense is not so easily explained ("Wie dies Bedeutungsvielfalt zu erklären ist, bleibt unklar"; likewise Kluge-Seebold, 22. Auflage, s.v. wallen). Seebold points to the proximity of form and identical meaning of Lithuanian vérda, vìrti "to boil, seethe," Old Church Slavic vĭrěti.

Our Reviews team has selected the best products for health and wellness.

The first known use of well was before the 12th century 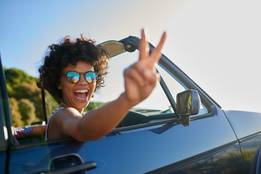 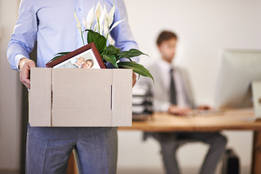 1 : in a skillful or expert manner He plays the guitar well.
2 : by as much as possible : completely We are well aware of the problem.
3 : in such a way as to be pleasing : as wanted Everything went well.
4 : without trouble We could well afford the cost.
5 : in a thorough manner Shake well before using.
6 : in a familiar manner I know them well.
7 : by quite a lot There was well over a million.
8 : so as to be right : in a satisfactory way Do your work well.
9 : in a complimentary or generous way They always speak well of you.
10 : with reason or courtesy I cannot well refuse.
as well
1 : in addition : also She has other hobbies as well.
2 : with the same result We might as well walk.

Kids Definition of well (Entry 2 of 5)

Kids Definition of well (Entry 3 of 5)

1 : a hole made in the earth to reach a natural deposit (as of water, oil, or gas)
2 : a source of supply He was a well of news.
3 : something like a deep hole Voices echoed in the well of the great hall.

Kids Definition of well (Entry 4 of 5)

1 : being in a satisfactory or good state All is well.
2 : free or recovered from ill health : healthy
3 : fortunate sense 1 It was well that we left.

Kids Definition of well (Entry 5 of 5)

: to rise to the surface and flow out Tears welled up in her eyes.

1 : free or recovered from infirmity or disease : healthy a well person
2 : completely cured or healed the wound is nearly well

More from Merriam-Webster on well