1 : a rest for the foot in ascending or descending: such as
a : one of a series of structures consisting of a riser and a tread
b : a ladder rung
2a(1) : an advance or movement made by raising the foot and bringing it down elsewhere
(2) : a combination of foot or foot and body movements constituting a unit or a repeated pattern a dance step
(3) : manner of walking : stride
b : footprint sense 1
c : the sound of a footstep
3a : the space passed over in one step
b : a short distance
c : the height of one stair
4 steps plural : course, way directed his steps toward the river
5a : a degree, grade, or rank in a scale
b : a stage in a process was guided through every step of my career
6 : a frame on a ship designed to receive an upright shaft especially : a block supporting the heel of a mast
7 : an action, proceeding, or measure often occurring as one in a series taking steps to improve the situation
8 : a steplike offset or part usually occurring in a series
9 : the interval between two adjacent notes in a musical scale
10 : step aerobics
11 : a slight lead in or as if in a race has a step on the competition
in step
1 : with each foot moving to the same time as the corresponding foot of others or in time to music
2 : in harmony or agreement
out of step
: not in step out of step with the times

1a : to move by raising the foot and bringing it down elsewhere or by moving each foot in succession They stepped into the elevator. She stepped inside and closed the door. I'm sorry, but he just stepped outside for a moment. When I call your name, please step forward. She stepped up to the microphone. I stepped up/down onto the landing. He stepped back, startled. Please step away from the moving doors. They stepped aside to let the paramedics through. We watched as the passengers stepped ashore.
b : dance Joyfully along the contra lines, the dancers held hands, listened to the caller, and stepped to the music …— Joan Donaldson
2a : to go on foot : walk She stepped down to the corner store. — see also step out
b obsolete : advance, proceed
c : to be on one's way : leave —often used with along told them to step along — see also step aside, step down
d : to move briskly kept us stepping
3 : to press down with the foot step on the brake
4 : to come as if at a single step stepped into a good job
5 : to extend by or as if by a stairstep … the room steps down past a viewing area to a projection television screen hung from the ceiling. — Sunset A wooden retaining wall—which holds the slope above the staircase—steps up in level sections.— Susan Lang

1 : to take (a pace, etc.) by moving the feet in succession step three paces
2a : to move (the foot) in any direction : set the first person to step foot on the moon
b : to traverse (something) on foot … proud … of stepping this famous pavement …— Virginia Woolf
3 : to go through the steps of (something) : perform step a minuet
4 : to make (something) erect by fixing the lower end in a step step the mast
5 : to measure (something) by steps step off 50 yards
6a : to provide (something) with steps He stepped the front of the stage down into the stalls and built a permanent cyclorama across the full width of the rear wall.— Colin Chambers
b : to make steps in (something) step a key
7 : to construct or arrange (something) in or as if in steps … we looked down on an expanse of craggy peaks with terraces stepped up the sides … — Time

— see also step on it, step up

: related by virtue of a remarriage (as of a parent) and not by blood stepparent stepsister
Other Words from step Synonyms More Example Sentences Phrases Containing step Learn More About step

Other Words from step

Examples of step in a Sentence

Noun She took one step forward. The baby took her first steps today. I heard steps on the stairs. The edge of the cliff was only about three steps to my left. The cottage is just steps from the beach. He walks with a spring in his step. She walked down the hall with a quick step. a major step towards independence We are taking steps to correct the situation. Verb She stepped onto the bus. They stepped aside to let her pass. Please step away from the door. He stepped outside for a moment. Step in my office for a minute. See More
Recent Examples on the Web: Noun Maria Zakharova, a spokeswoman for Russia’s foreign ministry, on Sunday accused Kosovo of using the new licensing laws and ID documents as a step toward ousting the Serbian population. — Rachel Pannett, Washington Post, 1 Aug. 2022 On the calls, opinions had been split over whether to announce a specific timeline for the merge: a step that would generate buzz and excitement but, given the complexity of the upgrade, could lead to undue pressure and dashed expectations. — Taylor Locke, Fortune, 1 Aug. 2022 One step above the base trim is the mid-grade Exclusive trim, which is another $3,550 bump for both vehicles. — Michael Harley, Forbes, 1 Aug. 2022 DeVante Parker flashed a nice release off the line and quickly got a step on Malcolm Butler down the left sideline Monday morning. — Jim Mcbride, BostonGlobe.com, 1 Aug. 2022 England had swept imperiously into this final, driven by the fierce partisanship of its home crowds, a sense of destiny gathering as every step was taken and every hurdle cleared. — New York Times, 31 July 2022 Another intermediate step is charging a cheap flat rate, as Germany has done this summer. — Wired, 31 July 2022 Delegates from the KwaZulu-Natal province who remain loyal to former President Jacob Zuma, have argued that the step-aside rule is not implemented consistently and is used by Ramaphosa to silence political rivals. — Mogomotsi Magome, ajc, 31 July 2022 In fact, steel can be produced by molten oxide electrolysis, which converts iron ore into liquid metal in one step, with no carbon dioxide emissions, and at a price point competitive with today’s product. — WSJ, 31 July 2022 Recent Examples on the Web: Verb Others don't reveal their secrets until patrons step inside, like the St. Anne Shell Chapel with a mosaic-covered interior. — Domenica Bongiovanni, The Indianapolis Star, 2 Aug. 2022 Museum-goers will also be able to step inside an immersive recreation of the bathroom from Parasite, the first non-English-language film to win an Academy Award for Best Picture. — Sarah Kuta, Smithsonian Magazine, 21 July 2022 Despite playing the longest season in NFL history—the league expanded the regular season to 17 games across 18 weeks in March 2021—Kupp was able to step away from the game this offseason and focus on his faith and family. — Michael Loré, Forbes, 8 June 2022 Waukesha city officials anticipated a developer would step forward with a proposal to build a residential subdivision. — Jim Riccioli, Milwaukee Journal Sentinel, 12 May 2022 Lovie Smith needs to improve his defensive line, and Johnson would step right in and help immediately. — Matt Young, Chron, 28 Apr. 2022 To be able to step it back just this one season and be able to get pretty good, pretty fast. — oregonlive, 11 Apr. 2022 Gibbs is among the handful of key skill-position transfers who’ll have to step into big roles this fall. — Michael Casagrande | Mcasagrande@al.com, al, 20 July 2022 Andrew's association with Jeffrey Epstein and Ghislaine Maxwell; Harry and Meghan's decision to step back from their senior roles and move to California—fans of The Crown have been anticipating a season set in the modern day. — Caroline Hallemann, Town & Country, 8 July 2022 See More

These example sentences are selected automatically from various online news sources to reflect current usage of the word 'step.' Views expressed in the examples do not represent the opinion of Merriam-Webster or its editors. Send us feedback.

First Known Use of step

History and Etymology for step

The first known use of step was before the 12th century 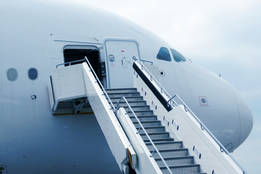 Is there a difference between 'steps'...

Is there a difference between 'steps' and 'stairs'?

When to use each

1 : a movement made by lifting one foot and putting it down in another spot
2 : a rest or place for the foot in going up or down : stair
3 : a combination of foot and body movements in a repeated pattern a dance step
4 : manner of walking a lively step
5 : footprint
6 : the sound of a footstep I heard steps in the hall.
7 : the space passed over in one step The garden was a few steps away.
8 : a short distance The house is only a step away.
9 : the height of one stair
10 steps plural : course entry 1 sense 2 We directed our steps toward home.
11 : one of a series of actions taken to achieve something They took steps to correct the situation.
12 : a stage in a process What's the first step in assembling the toy?
13 : a level, grade, or rank in a scale or series His work was a step above average.
14 : the distance from one tone of a musical scale or one note on a musical staff to another that is one tone away ( half step ) or two tones away ( whole step )

Kids Definition of step (Entry 2 of 2)

1 : to move in a particular way or direction by lifting one foot and putting it down in another spot They stepped aside to let me pass.
2 : dance entry 1 sense 1 The couple stepped gracefully together.
3 : to go on foot : walk He stepped slowly along the path.
4 : to move quickly They were really stepping along.
5 : to put or press the foot on or in I stepped on glass. Don't step in the puddle.
6 : to come or move as if at a step by the foot I stepped into a good job.
7 : to measure by steps Step off ten yards.
step up
: to increase the amount, speed, or intensity of The factory stepped up production.

More from Merriam-Webster on step