1
: to move one's body rhythmically usually to music : to engage in or perform a dance (see dance entry 2 sense 2)
dancing to our favorite song
Shall we dance?
2
: to move or seem to move up and down or about in a quick or lively manner
dance for joy
leaves dancing in the wind

1
: to perform or take part in as a dancer
dance the waltz
2
: to cause to dance
danced the baby on her knee
3
: to bring into a specified condition by dancing
danced his way into her heart
danceable
ˈdan(t)-sə-bəl

often attributive
1
: an act or instance of moving one's body rhythmically usually to music : an act or instance of dancing (see dance entry 1 sense 1)
the couple's first dance as husband and wife
May I have this dance?
2
: a series of rhythmic and patterned bodily movements usually performed to music
slow dances
dance moves
3
: a social gathering for dancing
a high school dance
4
: a piece of music by which dancing may be guided
5
: the art of dancing
studied dance in college
Phrases
dance attendance
: to attend in an eager and servile manner
a celebrity used to having people dance attendance on him

Verb He never learned how to dance. She has always loved to dance. I like the song but it's really hard to dance to. He danced her across the floor. She dances with a famous ballet company. She's a great actress, and she can dance and sing, too. Noun They can do all the popular dances. The only dance he knows how to do is the twist. How about one more dance? He stopped right in the middle of the dance to tie his shoe. He did a celebration dance in the end zone after scoring the touchdown. She studied dance in college. See More
Recent Examples on the Web
Verb
In photos from the event, George is seen smiling widely while watching David sing and dance.

Rosa Sanchez, Harper's BAZAAR, 18 Nov. 2022 The dead included 8-year-old Jackson Sparks, who was marching in the parade with his baseball team, and four members of a group calling itself the Dancing Grannies, a group of grandmothers who dance in parades.

Rajesh Roy, WSJ, 13 Sep. 2022 Even people who can’t dance have internal rhythms thrumming through every system in their body.

WIRED, 9 Sep. 2022 Large-format photo documentation of these events show swirls of colored smoke wrapping around tiny figures who dance through it.

Briana Miller | For The Oregonian/oregonlive, oregonlive, 9 Sep. 2022 The smiles of the women who dance the Flor de Piña at the Guelaguetza, representing the region of Tuxtepec, enhance the beauty of their towns’ colorful and distinctive huipils.

Fernanda Pérez Sánchez, Vogue, 8 Aug. 2022 The song functions as a clever ode to gay cruising culture at athletic centers — and even those of us who can't dance already know the moves.

Lizz Schumer, Good Housekeeping, 7 June 2022 There are many content creators who can dance their way to stardom with fifteen-second clips on TikTok.

Ed Masley, The Arizona Republic, 23 Nov. 2022 Their movies have more lead characters who are Black, Latina, Asian and gay; some also have a smattering of music, dance and humor.

Mike Hughes, The Enquirer, 19 Nov. 2022 Check out traditional music and dance performances, such as Rohingya singers, at the All Nations Theater; get in on the singing and dancing at the Tanzhaus; peruse exhibits that explain customs and traditions from around the globe at Heritage Lane.

Journal Sentinel, 15 Nov. 2022 The festival is a decade-old, community-wide event that celebrates the diversity of Asian culture, music, dance and food.

Sam Boyer, cleveland, 4 Nov. 2022 The show operates with a narrative ethos of flexible thinking and learning from your mistakes, and does so through a mix of things like music, dance, cooking and crafting.

Abbey White, The Hollywood Reporter, 3 Nov. 2022 Street Party, which features traditional music and dance from Mexico and Brazil and appearances by Mickey, Minnie and the Three Caballeros.

These example sentences are selected automatically from various online news sources to reflect current usage of the word 'dance.' Views expressed in the examples do not represent the opinion of Merriam-Webster or its editors. Send us feedback. 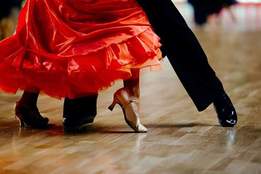 7 Phrases from the World of Dance 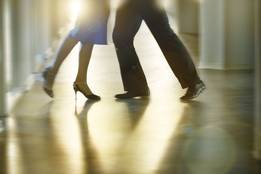 A history of once-banned dance crazes 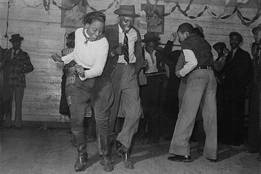 danced; dancing
1
: to engage in or perform a dance
2
: to move quickly up and down or about
3
: to perform or take part in as a dancer
danceable
ˈdan(t)-sə-bəl

1
: an act or instance of dancing
2
: a series of rhythmic and patterned bodily movements usually performed to music
3
: a social gathering for dancing
4
: a piece of music by which dancing may be guided
5
: the art of dancing

More from Merriam-Webster on dance