1a(1) : to receive or take in the sense of (letters, symbols, etc.) especially by sight or touch
(2) : to study the movements of with mental formulation of the communication expressed read lips
(3) : to utter aloud the printed or written words of read them a story
b : to learn from what one has seen or found in writing or printing
c : to deliver aloud by or as if by reading specifically : to utter interpretively
d(1) : to become acquainted with or look over the contents of (something, such as a book)
(2) : to make a study of read law
(3) : to read the works of
e : to check (something, such as copy or proof) for errors
f(1) : to receive and understand (a voice message) by radio
(2) : understand, comprehend
2a : to interpret the meaning or significance of read palms
b : foretell, predict able to read his fortune
3 : to recognize or interpret as if by reading: such as
a : to learn the nature of by observing outward expression or signs reads him like a book
b : to note the action or characteristics of in order to anticipate what will happen a good canoeist reads the rapids a golfer reading a green also : to predict the movement of (a putt) by reading a green
c : to anticipate by observation of an opponent's position or movement read a blitz
4a : to attribute a meaning to (something read) : interpret how do you read this passage
b : to attribute (a meaning) to something read or considered read a nonexistent meaning into her words
5 : to use as a substitute for or in preference to another word or phrase in a particular passage, text, or version read hurry for harry —often used to introduce a clarifying substitute for a euphemistic or misleading word or phrase a friendly, read nosy, coworker
6 : indicate the thermometer reads zero
7 : to interpret (a musical work) in performance
8a : to acquire (information) from storage especially : to sense the meaning of (data) in recorded and coded form —used of a computer or data processor A compiler is a program that translates instructions written by a human programmer into more specific codes that can be directly read by a computer. — John Markoff
b : to read the coded information on (something, such as a CD) I had a minor problem with the disk drive in that the machine would not read the disk the first time it was powered up each day but had to be turned off and back on again.— Robert Moskowitz

1a : to perform the act of reading words : read something
b(1) : to learn something by reading
(2) : to pursue a course of study
2a : to yield a particular meaning or impression when read
b : to be readable or read in a particular manner or to a particular degree this book reads smoothly
3 : to consist of specific words, phrases, or other similar elements a passage that reads differently in older versions
read between the lines
: to understand more than is directly stated
read the riot act
1 : to order a mob to disperse
2a : to order or warn to cease something
b : to protest vehemently
c : to reprimand severely

: instructed by or informed through reading

1 chiefly British : a period of reading it was a night … for a read and a long sleep— William Sansom
2 : something (such as a book) that is read a novel that's a good read
3 : the action or an instance of reading
Synonyms More Example Sentences Phrases Containing read Learn More About read

Examples of read in a Sentence

Verb She learned to read at a very early age. I can't read your handwriting. He likes reading the newspaper. She reads a lot of mystery novels. She starts work every day by reading her e-mail. Didn't you read the instructions? Please read from Chapter 5 through Chapter 10. He read the poem aloud. He wrote down the address I gave him and read it back to me. Her mother read to her every night at bedtime. Noun He reviewed the book after several reads. She was lying in bed having a peaceful read. See More
Recent Examples on the Web: Verb The school once struggled with students who never learned to read and write. — Dov Lieber, WSJ, 29 July 2022 As the probe moves over the person’s stomach, a blurry black-and-white picture appears onscreen for the clinician to read. — Wired, 29 July 2022 The idea behind this was to force non-Indian readers to read closely to avoid confusion. — Akhil Sharma, The New Yorker, 29 July 2022 The book is not to be read for practical solutions. — Andy Slavitt, Washington Post, 29 July 2022 Geoff’s essay, which Fortune subscribers can read here, is a masterclass in executive leadership. — Eamon Barrett, Fortune, 29 July 2022 Get to know them in the video above from a recent seven-on-seven scrimmage at Solon and read more in the capsule below for this edition of cleveland.com’s preseason high school football camp tour. — Matt Goul, cleveland, 28 July 2022 Make sure to read our 10 commandments for taking care of bleached blonde hair. — Bianca London, Glamour, 28 July 2022 On the June day that Fogel was sentenced, Pigman watched the former teacher’s face change as the Russian judge read a lengthy statement culminating in a 14-year sentence. — Manuel Roig-franzia, Anchorage Daily News, 28 July 2022 Recent Examples on the Web: Adjective The read data is sent back within the HTTP response body. — Dan Goodin, Ars Technica, 30 June 2022 Get some pre-read and pre-work done and shorten time together to be focused on meaty discussion and debate. — Rodger Dean Duncan, Forbes, 20 May 2022 The Amazon Glow is a projector and video calling device that allows loved ones far away to do everything from read books, play games, create art projects and have digital adventures together. — Victoria Uwumarogie, Essence, 14 Apr. 2022 Meanwhile, Santiago also pursued bodybuilding, read philosophy, and wrote poetry and science fiction. — Matthew Hutson, WSJ, 11 Mar. 2022 His unique ability to stay balanced, read coverage and change direction has given him the ability to beat every type of coverage this season. — Charlie Goldsmith, The Enquirer, 10 Feb. 2022 The most read Dear Annie column of 2021 was actually originally run in 2017 and must have resonated with all sorts of young women who are totally embarrassed by their mothers. — oregonlive, 1 Jan. 2022 Defensively, Cleveland must make Jackson give the ball in the read run game and find Andrews on crucial passing situations. — Lance Reisland, cleveland, 3 Dec. 2021 Was hooked on the read side of the field without coming back and taking the swing or the under, get rid of the football, get it out of your hands. — Brad Biggs, chicagotribune.com, 27 Sep. 2021 Recent Examples on the Web: Noun His take may sound like an extreme read on a silly onomatopoeia. — Spencer Kornhaber, The Atlantic, 28 July 2022 An exciting and riveting read for book fans, history lovers and music admirers. — Annie O’sullivan, Good Housekeeping, 25 July 2022 The book was an ok read but left a lot of unanswered questions and some fairly glaring omissions. — Arkansas Online, 19 July 2022 That book was an emotionally difficult but necessary read. — New York Times, 10 July 2022 The story is an eye-opening and frightening read that calls to mind Minority Report. — Jeremy Kahn, Fortune, 28 June 2022 Born from a June 2020 essay in The New Yorker that went on to win a National Magazine Award, the book offers historic perspective and poignant observations that make this an urgent and critical read. — Jake Tapper's Book Club, CNN, 17 Apr. 2022 Absolutely fascinating read as Ariel moves through his information with references to Alice in Wonderland. — Cathy Hackl, Forbes, 16 July 2022 Sequential read speeds are rated at 7,000MB/s, while writes manage a still impressive 5,300MB/s. — Matthew Humphries, PCMAG, 12 July 2022 See More

These example sentences are selected automatically from various online news sources to reflect current usage of the word 'read.' Views expressed in the examples do not represent the opinion of Merriam-Webster or its editors. Send us feedback.

First Known Use of read

1586, in the meaning defined above

History and Etymology for read

Note: Old English rǣdan was a Class VII strong verb, with evidence of reduplication (past tense reord), though also conjugated as a weak verb; by the Middle English period evidence for strong conjugation is vestigial. The expected outcome of Anglian rēdan would be *reed, reflecting Middle English close long e; the predominance of read, reflecting open long e, is perhaps due to interference from outcomes of Germanic *raidja- (see ready entry 1). This is essentially the conclusion of the Oxford English Dictionary, third edition, which assembles a number of presumed outcomes of *raidja- under a somewhat shadowy verb rede, the inflected forms of which can be difficult to distinguish from redd and rid (see redd entry 1, rid). — As is evident from the number of glosses, the Old and Middle English verbs covered a remarkably broad range of meanings. Those senses not having to do with the act of reading are now mostly represented by the spelling rede in Modern English (see rede). Though the sense "interpret" is evident in Old Norse, adaptation of this verb to refer to visual processing of written language is peculiar to Old English (and hence to Modern English); to express this idea other Germanic languages, excepting Gothic, have adapted, either by inheritance or loan, outcomes of the verb *lesan- "to gather, select," presumably as a calque on Latin legere (see legend). — A confusingly broad spectrum of meanings also characterizes the verb's Indo-European congeners, while the formal similarities are close. The gloss "carry through successfully" for *(H)reh1dh- ("erfolgreich durchführen") in Lexikon der indogermanischen Verben, 2. Ausgabe, applies best only to the Indo-Iranian forms.

from past participle of read entry 1

Our Reviews team has selected the best e-readers.

The first known use of read was before the 12th century 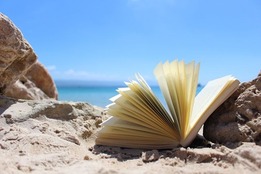 We'll help you find that next great read 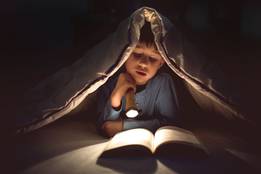 1 : to understand language through written symbols for speech sounds
2 : to speak aloud written or printed words I read a poem to the class.
3 : to learn from information provided in writing or printing We bought a newspaper to read about the fire.
4 : to discover something about by looking at certain characteristics or behavior read palms On his face I read boredom.
5 : to show by letters or numbers The thermometer reads zero.
6 : to explain what something is … these tracks were … wolves' tracks. Pa read the tracks for Mary …— Laura Ingalls Wilder, Little House on the Prairie
7 : to interpret stored data (as on a computer drive or optical disk) The DVD player has to read the disk.

More from Merriam-Webster on read