How does the adjective archaic differ from other similar words?

Some common synonyms of archaic are ancient, antiquated, antique, obsolete, old, and venerable. While all these words mean "having come into existence or use in the more or less distant past," archaic implies having the character or characteristics of a much earlier time.

When could ancient be used to replace archaic?

The meanings of ancient and archaic largely overlap; however, ancient applies to occurrence, existence, or use in or survival from the distant past.

In what contexts can antiquated take the place of archaic?

The words antiquated and archaic can be used in similar contexts, but antiquated implies being discredited or outmoded or otherwise inappropriate to the present time.

When is it sensible to use antique instead of archaic?

Although the words antique and archaic have much in common, antique applies to what has come down from a former or ancient time.

When is obsolete a more appropriate choice than archaic?

While in some cases nearly identical to archaic, obsolete may apply to something regarded as no longer acceptable or useful even though it is still in existence.

When can old be used instead of archaic?

The words old and archaic are synonyms, but do differ in nuance. Specifically, old may apply to either actual or merely relative length of existence.

old houses
an old sweater of mine

Where would venerable be a reasonable alternative to archaic?

The synonyms venerable and archaic are sometimes interchangeable, but venerable stresses the impressiveness and dignity of great age. 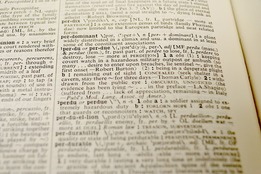 More from Merriam-Webster on archaic