Near Antonyms for foxy

How is the word foxy distinct from other similar adjectives?

Some common synonyms of foxy are artful, crafty, cunning, slick, sly, tricky, and wily. While all these words mean "attaining or seeking to attain one's ends by guileful or devious means," foxy implies a shrewd and wary craftiness usually involving devious dealing.

When could artful be used to replace foxy?

While the synonyms artful and foxy are close in meaning, artful implies indirectness in dealing and often connotes sophistication or cleverness.

elicited the information by artful questioning

When is it sensible to use crafty instead of foxy?

The words crafty and foxy can be used in similar contexts, but crafty implies cleverness and subtlety of method.

When might cunning be a better fit than foxy?

In some situations, the words cunning and foxy are roughly equivalent. However, cunning suggests the inventive use of sometimes limited intelligence in overreaching or circumventing.

the cunning fox avoided the trap

When can slick be used instead of foxy?

While in some cases nearly identical to foxy, slick emphasizes smoothness and guile.

Where would sly be a reasonable alternative to foxy?

The meanings of sly and foxy largely overlap; however, sly implies furtiveness, lack of candor, and skill in concealing one's aims and methods.

In what contexts can tricky take the place of foxy?

The words tricky and foxy are synonyms, but do differ in nuance. Specifically, tricky is more likely to suggest shiftiness and unreliability than skill in deception and maneuvering.

When would wily be a good substitute for foxy?

The synonyms wily and foxy are sometimes interchangeable, but wily implies skill and deception in maneuvering.

the wily fugitive escaped the posse 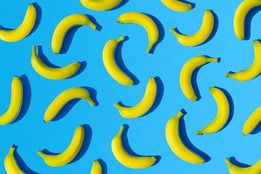 More from Merriam-Webster on foxy