to lower in character, dignity, or quality

Near Antonyms for deprave

How is the word deprave different from other verbs like it?

Some common synonyms of deprave are corrupt, debase, debauch, pervert, and vitiate. While all these words mean "to cause deterioration or lowering in quality or character," deprave implies moral deterioration by evil thoughts or influences.

the claim that society is depraved by pornography

Where would corrupt be a reasonable alternative to deprave?

The meanings of corrupt and deprave largely overlap; however, corrupt implies loss of soundness, purity, or integrity.

the belief that bureaucratese corrupts the language

When can debase be used instead of deprave?

While the synonyms debase and deprave are close in meaning, debase implies a loss of position, worth, value, or dignity.

commercialism has debased the holiday

In what contexts can debauch take the place of deprave?

Although the words debauch and deprave have much in common, debauch implies a debasing through sensual indulgence.

When might pervert be a better fit than deprave?

In some situations, the words pervert and deprave are roughly equivalent. However, pervert implies a twisting or distorting from what is natural or normal.

perverted the original goals of the institute

When is vitiate a more appropriate choice than deprave?

While in some cases nearly identical to deprave, vitiate implies a destruction of purity, validity, or effectiveness by allowing entrance of a fault or defect.

The first known use of deprave was in the 14th century 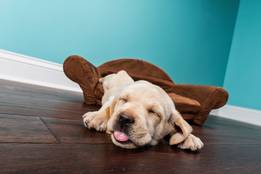 Nobody wants to be either, but they're not the same.

More from Merriam-Webster on deprave