How does the adjective daredevil contrast with its synonyms?

Some common synonyms of daredevil are adventurous, daring, foolhardy, rash, reckless, and venturesome. While all these words mean "exposing oneself to danger more than required by good sense," daredevil stresses ostentation in daring.

When would adventurous be a good substitute for daredevil?

The synonyms adventurous and daredevil are sometimes interchangeable, but adventurous implies a willingness to accept risks but not necessarily imprudence.

When could daring be used to replace daredevil?

In some situations, the words daring and daredevil are roughly equivalent. However, daring implies fearlessness in courting danger.

When is foolhardy a more appropriate choice than daredevil?

The meanings of foolhardy and daredevil largely overlap; however, foolhardy suggests a recklessness that is inconsistent with good sense.

Where would rash be a reasonable alternative to daredevil?

Although the words rash and daredevil have much in common, rash suggests imprudence and lack of forethought.

When might reckless be a better fit than daredevil?

The words reckless and daredevil can be used in similar contexts, but reckless implies heedlessness of probable consequences.

In what contexts can venturesome take the place of daredevil?

While the synonyms venturesome and daredevil are close in meaning, venturesome implies a jaunty eagerness for perilous undertakings. 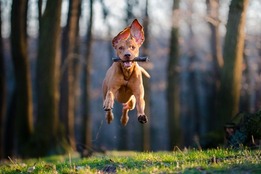 From 'daredevil' to 'hellbender'

More from Merriam-Webster on daredevil