1a : to close by filling or obstructing
b : to hinder or prevent the passage of
c : to get in the way of : be wounded or killed by easy to stop a bullet along a lonely … road— Harvey Fergusson
2a : to close up or block off (an opening) : plug
b : to make impassable : choke, obstruct
c : to cover over or fill in (a hole or crevice)
3a : to cause to give up or change a course of action
b : to keep from carrying out a proposed action : restrain, prevent stopped them from leaving
4a : to cause to cease : check, suppress
b : discontinue
5a : to deduct or withhold (a sum due)
b : to instruct one's bank to refuse (payment) or refuse payment of (something, such as a check)
6a : to arrest the progress or motion of : cause to halt stopped the car
b : parry
c : to check by means of a weapon : bring down, kill
d : to beat in a boxing match by a knockout broadly : defeat
e : baffle, nonplus
7a : to change the pitch of (something, such as a violin string) by pressing with the finger
b : to change the pitch of (a wind instrument) by closing one or more finger holes or by thrusting the hand or a mute into the bell
8 : to hold an honor card and enough protecting cards to be able to block (a bridge suit) before an opponent can run many tricks

1a : to cease activity or operation his heart stopped the motor stopped
b : to come to an end especially suddenly : close, finish The talking stopped when she entered the room.
2a : to cease to move on : halt
b : pause, hesitate
3a : to break one's journey : stay
b chiefly British : remain
c : to make a brief call : drop in
4 : to become choked : clog the sink often stops up

1a : cessation, end
b : a pause or breaking off in speech
2a(1) : a graduated set of organ pipes of similar design and tone quality
(2) : a corresponding set of vibrators or reeds of a reed organ
(3) : stop knob —often used figuratively in phrases like pull out all the stops to suggest holding nothing back
b : a means of regulating the pitch of a musical instrument
3a : something that impedes, obstructs, or brings to a halt : impediment, obstacle
b : the aperture of a camera lens also : a marking of a series (as of f-numbers) on a camera for indicating settings of the diaphragm
c : a drain plug : stopper
4 : a device for arresting or limiting motion
5 : the act of stopping : the state of being stopped : check
6a : a halt in a journey : stay made a brief stop to refuel
b : a stopping place a bus stop
7a chiefly British : any of several punctuation marks
b —used in telegrams and cables to indicate a period
c : a pause or break in a verse that marks the end of a grammatical unit
8a : an order stopping payment (as of a check or note) by a bank
b : stop order
9 : a consonant characterized by complete closure of the breath passage in the course of articulation — compare continuant
10 : a depression in the face of an animal at the junction of forehead and muzzle
11 : a function of an electronic device that stops a recording

Other Words from stop

Choose the Right Synonym for stop

stop, cease, quit, discontinue, desist mean to suspend or cause to suspend activity. stop applies to action or progress or to what is operating or progressing and may imply suddenness or definiteness. stopped at the red light cease applies to states, conditions, or existence and may add a suggestion of gradualness and a degree of finality. by nightfall the fighting had ceased quit may stress either finality or abruptness in stopping or ceasing. the engine faltered, sputtered, then quit altogether discontinue applies to the stopping of an accustomed activity or practice. we have discontinued the manufacture of that item desist implies forbearance or restraint as a motive for stopping or ceasing. desisted from further efforts to persuade them

Examples of stop in a Sentence

Verb She was walking toward me, and then she suddenly stopped. The bus stopped at the corner. He stopped to watch the sun set. He stopped to pick up a penny. The car was going so fast that it couldn't stop in time. The traffic light turned red, so she had to stop. Stop that man! He stole my wallet. They stopped us at the border to check our passports. She stopped the car and turned back. He was stopped by the police for speeding. Noun His first stop will be Washington, D.C. Our first stop has to be the gas station. I need to make a stop at the grocery store on the way home. The next stop is Main Street and Tower Square. I'm getting off at the next stop. Slow down as you approach the stop. See More
Recent Examples on the Web: Verb But that didn't stop several staff members from driving the APC over to the Detroit News Building one morning and ordering the News staffers to surrender. — Dan Austin, Detroit Free Press, 5 May 2022 But the funds didn’t stop the bureaucratic snafus, people familiar with the matter said. — Christopher Weaver, WSJ, 5 May 2022 Scientists did not stop learning from the Apollo missions when the last one, Apollo 17, returned from the moon in December 1972. — Alice George, Smithsonian Magazine, 4 May 2022 Alabama didn’t stop then and was handed an opportunity when Matt Luke, Georgia’s offensive line coach, resigned. — Nick Alvarez | Nalvarez@al.com, al, 4 May 2022 His sister screamed that her brother had autism, but that did not stop the deputy from exercising undue force anyway. — Amanda Joy Calhoun, STAT, 4 May 2022 That reality did not stop liberal senators from trying. — New York Times, 3 May 2022 Justin Bieber skipped the 2022 Met Gala, but that didn't stop him from swooning over his wife's look. — Rosa Sanchez, Harper's BAZAAR, 3 May 2022 And the lavishness didn’t stop at the neck, with beauty looks complimenting and elevating (literally, in the case of up-dos and hats) the theme. — Anna Haines, Forbes, 3 May 2022 Recent Examples on the Web: Noun The video shows her recording several officers involved in an apparent traffic stop on southbound Highway 252, broadcasting the scene from across the median. — CBS News, 6 May 2022 The last stop on my internet trail was sad girl TikTok, where the heartbroken hotties cry into the camera accompanied by sad music, unashamedly showing us every gruelling part of their heartbreak. — Chanté Joseph, refinery29.com, 6 May 2022 The latter is the site of a famous 1886 H.H. Bennett photo of his son jumping to the rock — the first stop-action photo, made possible by his invention of an instantaneous shutter. — Chelsey Lewis, Milwaukee Journal Sentinel, 5 May 2022 Brake modulation is fine at the top of the pedal's travel but gets a little grabby in the last few feet before a stop. — Joe Lorio, Car and Driver, 5 May 2022 Although the machine resumed its course towards New York after the unscheduled stop, passengers ended up arriving at their destination nearly three hours late. — Christiaan Hetzner, Fortune, 5 May 2022 And SLC Public Market, a convenience store with a farmers’ market theme, will give travelers a place for a quick stop. — Blake Apgar, The Salt Lake Tribune, 4 May 2022 McKinney said the company sees promise in offering flights that replicate the airport’s current prominence as a stop for international cargo flights. — Alex Demarban, Anchorage Daily News, 4 May 2022 Faedo worked his way out of the jam with three consecutive outs, receiving defensive help from first baseman Spencer Torkelson's diving stop and shortstop Javier Báez's sliding back-handed pick. — Evan Petzold, Detroit Free Press, 4 May 2022 Recent Examples on the Web: Adjective The draft has been quite intriguing thus far, with a non-stop frenzy of trading activity shaking up the draft order and adding even more unpredictability to an event already impossible to accurately project. — Alex Kay, Forbes, 30 Apr. 2022 Hutchinson, who has a non-stop motor, was also a two-time team captain in Ann Arbor – and should help establish the kind of culture coach Dan Campbell and the Lions are seeking. — Nate Davis, USA TODAY, 29 Apr. 2022 As one of the biggest music festivals in the world, Coachella draws hundreds of thousands of music lovers for two weekends of non-stop tunes from some of the best artists in the industry. — Ellise Shafer, Variety, 25 Apr. 2022 The facilities also generate non-stop noise from cooling equipment. — Andy Peters, ajc, 12 Apr. 2022 The rechargeable battery promises up to six hours of non-stop karaoke (or auditory torture). — Danielle Directo-meston, The Hollywood Reporter, 6 Apr. 2022 With a new year has come a seemingly non-stop deluge of base options. — Alaina Demopoulos, Allure, 9 Mar. 2022 Eventually, the non-stop pace of things began to wear on Mark, who desired some semblance of stability. — Deidre Dyer, Billboard, 1 Feb. 2022 For those who can afford such a getaway, the solo excursion creates space to reset and recharge; an anomaly thanks to years of non-stop work and emotional ups and downs courtesy of the pandemic. — Sunset Magazine, 31 Jan. 2022 See More

These example sentences are selected automatically from various online news sources to reflect current usage of the word 'stop.' Views expressed in the examples do not represent the opinion of Merriam-Webster or its editors. Send us feedback.

First Known Use of stop

History and Etymology for stop

The first known use of stop was in the 13th century 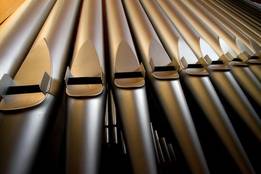 What Does It Mean to 'Pull Out All the...

What Does It Mean to 'Pull Out All the Stops'?

We hold back nothing in this article.

1 : to cease moving especially temporarily or for a purpose I stopped to catch my breath. The bus stops here.
2 : to halt the movement or progress of Stop the car!
3 : to keep from doing something I couldn't stop him from leaving.
4 : to come or bring (something) to an end The rain stopped. Stop that yelling.
5 : to cease operating or functioning The engine just stopped.
6 : to close or block up or become closed or blocked up : plug I stopped my ears with cotton. The drain was stopped up.
7 : to take time Stop to think first.

Kids Definition of stop (Entry 2 of 2)

1 : end entry 1 sense 2, finish Let's put a stop to the arguing.
2 : the act of bringing or coming to a halt : the state of being stopped The train came to a stop.
3 : a halt in a journey : stay We made a brief stop in the mountains.
4 : a stopping place a bus stop
5 : something that delays, blocks, or brings to a halt a door stop
6 : stopper, plug
7 : a set of organ pipes of one tone quality : a control knob for such a set

1 : to cause to halt stopped payment
2 : to subject to a legal stop

: to cease activity or motion

Legal Definition of stop (Entry 2 of 2)

: an act or instance of stopping specifically : a temporary detention that constitutes a limited seizure of a person for the purpose of inquiry or investigation and that must be based on reasonable suspicion — see also terry stop — compare arrest

More from Merriam-Webster on stop