1 : to write (something) down so that it can be used or seen again in the future : to produce a record of (something) Be sure to record all your business expenditures. He recorded the incident in his journal. = The incident was recorded in his journal. = His journal recorded the incident. See More ExamplesThe first recorded [=known] case of the disease occurred two years ago. There are similar events all throughout recorded history.Hide
2 : to show a measurement of (something) : to indicate (something) The thermometer recorded 40 degrees below zero. A seismograph is a device that measures and records the intensity of earthquakes.
3 : to store (something, such as sounds, music, images, etc.) on tape or on a disk so that it can be heard or seen later : to produce a recording of (something) Please record the television program for me. He recorded the birthday party with his new video camera. See More ExamplesHe just recorded his latest album. The show is recorded in front of a live audience. The band spent all night recording.Hide

1a(1) : to set down in writing : furnish written evidence of
(2) : to deposit an authentic official copy of record a deed
b : to state for or as if for the record voted in favor but recorded certain reservations
c(1) : to register permanently by mechanical means earthquake shocks recorded by a seismograph
(2) : indicate, read the thermometer recorded 90°
2 : to give evidence of
3 : to cause (sound, visual images, data, etc.) to be registered on something (such as a disc or magnetic tape) in reproducible form

Definition of record (Entry 2 of 4)

1 : the state or fact of being recorded
2 : something that records: such as
a : something that recalls or relates past events
b : an official document that records the acts of a public body or officer
c : an authentic official copy of a document deposited with a legally designated officer
d : the official copy of the papers used in a law case
3a(1) : a body of known or recorded facts about something or someone especially with reference to a particular sphere of activity that often forms a discernible pattern a good academic record a liberal voting record
(2) : a collection of related items of information (as in a database) treated as a unit
b(1) : an attested top performance
(2) : an unsurpassed statistic
4 : something on which sound or visual images have been recorded specifically : a disc with a spiral groove carrying recorded sound for phonograph reproduction
for the record
: for public knowledge : on the record
off the record
: not for publication spoke off the record remarks that were off the record
of record
1 : being documented or attested a partner of record in several firms
2 : being authoritative or sanctioned a newspaper of record
on record
1 : in the position of having publicly declared oneself went on record as opposed to higher taxes
2 : being known, published, or documented the judge's opinion is on record
on the record
: for publication

Definition of record (Entry 3 of 4)

: of, relating to, or being one that is extraordinary among or surpasses others of its kind record heat record sales … major league baseball is coming off a record year when almost 53 million people attended.— Gerald Eskenazi

Definition of record (Entry 4 of 4)

: a function of an electronic device that causes it to record
Other Words from record Synonyms Example Sentences Learn More About record

Other Words from record

Examples of record in a Sentence

Verb Be sure to record all your business expenditures. There are similar events all throughout recorded history. The thermometer recorded 40 degrees below zero. A seismograph is a device that measures and records the intensity of earthquakes. Please record the television program for me. He recorded the birthday party with his new video camera. He just recorded his latest album. The show is recorded in front of a live audience. The band spent all night recording.
See More

First Known Use of record

14th century, in the meaning defined at transitive sense 1a(1)

History and Etymology for record

Middle English, literally, to recall, from Anglo-French recorder, from Latin recordari, from re- + cord-, cor heart — more at heart 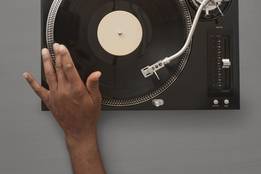 a matter of record

1 : to set down in writing He recorded his thoughts in a journal.
2 : to show a measurement of A seismograph records the strength of earthquakes.
3 : to change sound or visual images into a form (as on an optical disk or hard drive) that can be listened to or watched at a later time

Kids Definition of record (Entry 2 of 3)

1 : something written to give proof of something or tell about past events I read the historical record.
2 : something that recalls or tells about past events the fossil record
3 : a performance or achievement that is the best of its kind It's a new record for the fastest mile.
4 : the known or recorded facts about a person or thing He has a good school record.
5 : something on which sound or visual images have been recorded
of record
: made known in public documents
on record
: published in official documents

Kids Definition of record (Entry 3 of 3)

: outstanding among other like things a record crop record high temperatures

1 : to put in a record
2 : to deposit or otherwise cause to be registered in the appropriate office as a record and notice of a title or interest in property record a deed record a mortgage — see also recording act
3 : to cause (as sound, images, or data) to be registered on something in reproducible form record a telephone conversation

Legal Definition of record (Entry 2 of 2)

1 : the documentary account of something confidential medical records : as
a : an official document that records the acts of a public body or officer
b : an official copy of a document deposited with a designated officer
c : the official set of papers used and generated in a proceeding the appeals court reviewed the trial record
d : documented evidence or history of one or more arrests or convictions — see also business records exception, public records exception
2 : something (as a disc or tape) on which images, sound, or data has been recorded
of record
1 : on the record of the court in connection with a particular proceeding the attorney of record
2 : being documented or attested