Plus: how likely each is to appear in a rhyming couplet
Last Updated: 13 Apr 2022 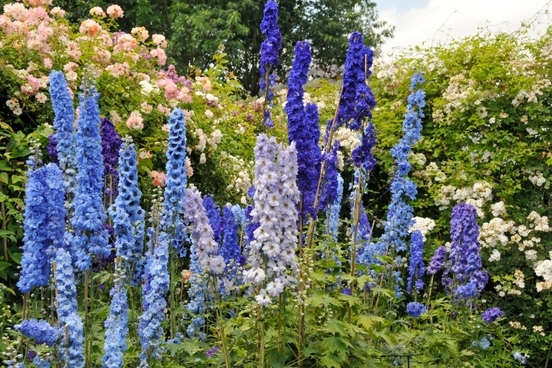 Definition: any of a large genus (Delphinium) of the buttercup family that comprises chiefly perennial erect branching herbs with palmately divided leaves and irregular flowers in showy spikes and includes several that are poisonous

The lovely delphinium grows in the soil but get its name from the sea: it comes from the Greek delphin- or delphis, meaning "dolphin," probably from the shape of its nectary—the gland that secretes nectar.

Likelihood of starring in a rhyming couplet: just a glimmer. It rhymes only with triclinium, but triclinium is a good word.

A. A. Milne featured delphiniums in his poem "The Dormouse and the Doctor," but used the delphinium descriptor "blue" for the rhyming bit. He likely understood that his audience might not appreciate just how good a word triclinium is. 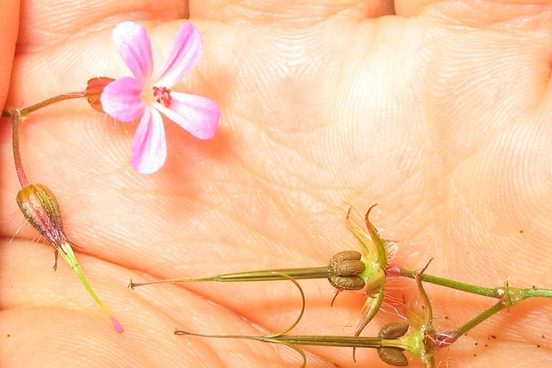 Definition
1 : any of a widely distributed genus (Geranium of the family Geraniaceae, the geranium family) of plants having regular usually white, pink, or purple flowers with elongated styles and glands that alternate with the petals
2 : pelargonium

Geranium traces back to the Greek word geranos, meaning "crane," because the shape of the fruit it bears is reminiscent of a crane's bill; geraniums are also called cranesbills.

The word geranium is also used to refer to plants that are more technically classified as pelargonium—that being a word from the Greek pelargos, meaning "stork." Pelargoniums are also called "storkbills" because, of course, of the shape of their fruit.

Likelihood of starring in a rhyming couplet: poor. Geranium rhymes only with the names of three elements in the periodic table, germanium, titanium, and uranium.

Milne's "The Dormouse and the Doctor" also features geraniums, but mentions no elements. 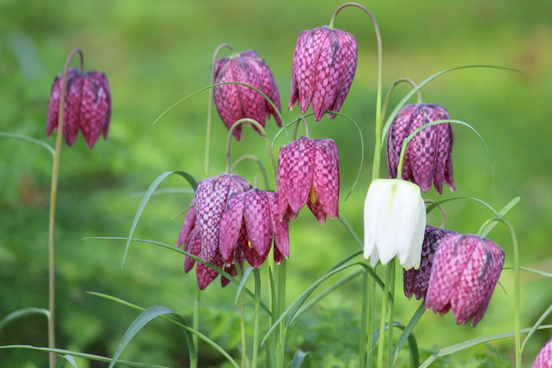 Definition: any of a widespread genus (Fritillaria) of bulbous herbs of the lily family with variably colored and often mottled or checkered flowers

These flowers have their often-mottled flowers to thank for their name: fritillaria comes from the Latin fritillus, meaning "dice cup," from the markings on the petals. Fritillarias are also called fritillaries, that name being used to refer to several genera of butterflies (with spots on the wings, of course) as well.

Likelihood of starring in a rhyming couplet: moderate. Though adularia and miliaria perhaps don't lend themselves to poetry, cineraria, laminaria, luminaria, militaria, opera seria, and sanguinaria might. Fritillary scores even higher on the rhyming couplet potential scale: it rhymes with more than 100 words, including such winners as momentary, sedentary, dictionary, and Typhoid Mary. 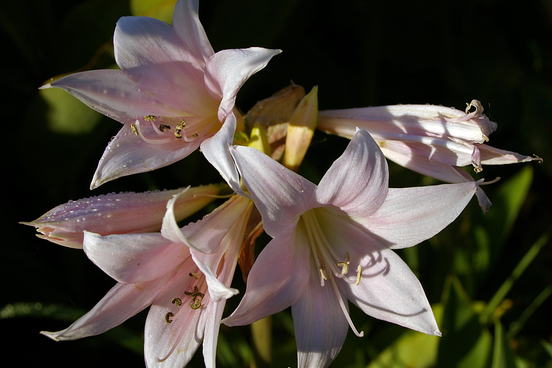 Definition: an autumn-flowering South African bulbous herb (Amaryllis belladonna of the family Amaryllidaceae, the amaryllis family) widely grown for its large deep red to whitish umbellate flowers; also : a plant of any of several related genera (as Hippeastrum or Sprekelia)

A popular gift to provide color in winter months, the amaryllis likely gets its name from a shepherdess who appears in two idylls (Idylls 3 and 4) of Virgil's Eclogues.

Likelihood of starring in a rhyming couplet: low. Microvillus strikes us as poetically challenging. 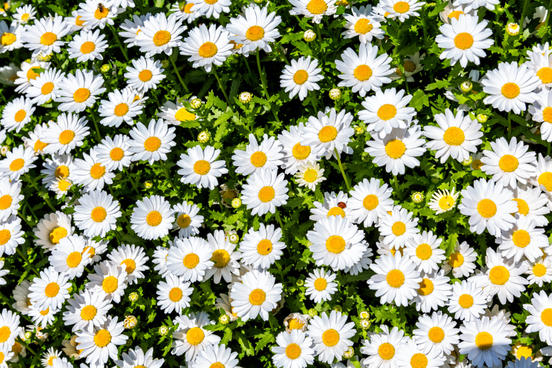 Definition
1 : a composite plant (as of the genera Bellis or Chrysanthemum) having a flower head with well-developed ray flowers usually arranged in one or a few whorls: such as a : a low European herb (Bellis perennis) with white or pink ray flowers — called also English daisy
1b : a leafy-stemmed perennial herb (Chrysanthemum leucanthemum) with long white ray flowers and a yellow disk that was introduced into the United States from Europe — called also oxeye daisy
2 : the flower head of a daisy

The humble daisy gets its name from a charming Old English word, dægesēage, from dæg, meaning "day" and ēage, meaning "eye."

Daisy also has a history as a slang word meaning "a first-rate person or thing." That meaning, used especially in the late 1800s, is the probable etymology of the term doozy—despite the contention that doozy comes from Duesenberg; see the "Did You Know?" paragraph at the entry for doozy.

Likelihood of starring in a rhyming couplet: not terrible. There are only four options—crazy, hazy, lazy, and mazy—but they're (mostly) ones people have heard of. 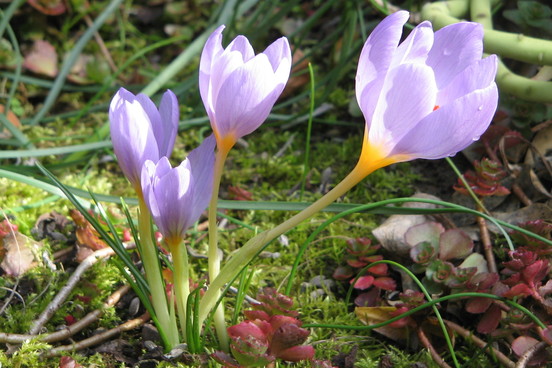 Definition: any of a genus (Crocus) of herbs of the iris family developing from corms and having solitary long-tubed flowers and slender linear leaves

The crocus gets its name from the Middle English word crocus meaning "saffron plant." And the modern English word can in fact be used as a synonym of saffron. Saffron comes from the dried stigmas of the purple-flowered crocus (Crocus sativus).

The plural of crocus is crocus or croci, with that last syllable in croci sounding like "key" or "kie" or "sigh."

Likelihood of starring in a rhyming couplet: fair. Focus, locus, hocus (and pocus, which doesn't really occur by itself in English), are at the least easy enough to spell and pronounce. 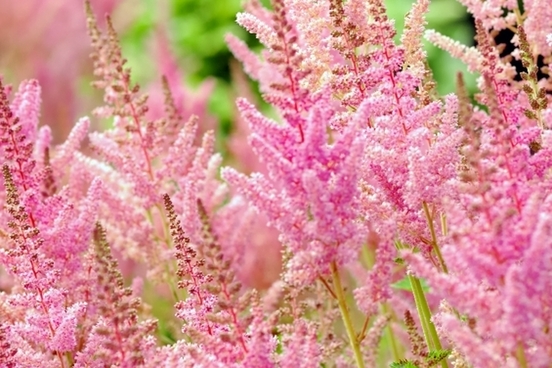 Definition: any of a genus (Astilbe) of chiefly Asian perennials of the saxifrage family that have simple or usually compound leaves and are widely cultivated for their panicles of usually white or reddish flowers

Astilbes are prized for their showy flowers, but the word astilbe doesn't historically have much shine. It comes from the prefix a-, meaning "not," and Greek stilbē, meaning "sparkling."

Likelihood of starring in a rhyming couplet: poor. The dictionary at Merriam-Webster.com lists no words that rhyme with astilbe—which, by the way, is pronounced \uh-STIL-bee\. 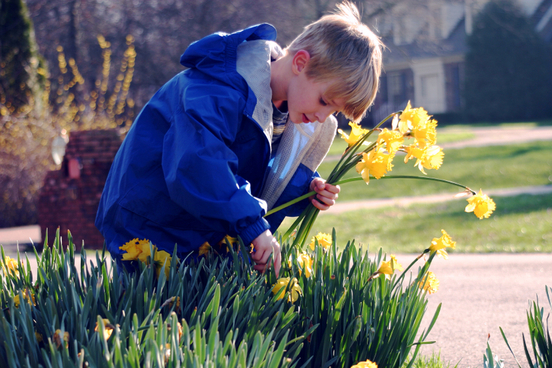 Definition: daffodil; especially : one whose flowers have a short corona and are usually borne separately

The cheerful daffodil gets its proper name—narcissus—from a tragic Greek myth about a beautiful youth named Narcissus. He pined away for love of his own reflection and was turned into a narcissus flower. The mythical Narcissus is also the inspiration for the noun narcissism and the related adjective narcissist.

Likelihood of starring in a rhyming couplet: poor. The dictionary at Merriam-Webster.com lists no words that rhyme with narcissus. Narcissism, on the other hand, rhymes with enough words to populate a trove of couplets about egomania. 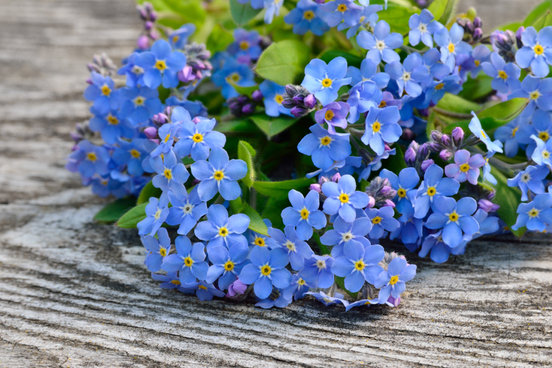 Definition: any of a genus (Myosotis) of small herbs of the borage family having usually bright blue or white flowers usually arranged in a curving spike

In the 15th century, it was apparently believed that the small and delicate forget-me-not had powers over the mind: specifically, people believed that if you wore the flower you would not be forgotten by your lover.

Likelihood of starring in a rhyming couplet: good. But not without challenges: as like as not, by a long shot, compatriot, expansion slot, hit the jackpot, immunoblot, Inupiat, magnificat, overhand knot, penalty shot, requiescat, stevedore knot, and true lover's knot. 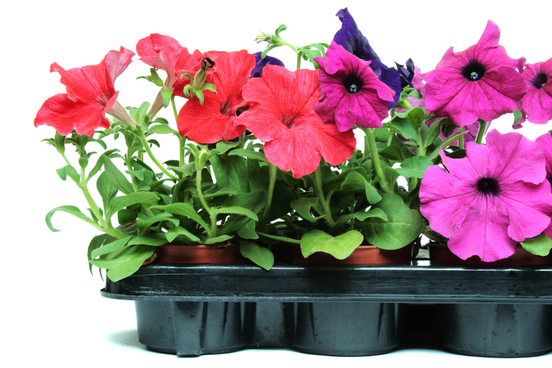 Definition: any of a genus (Petunia) of tropical South American herbs of the nightshade family with flowers having funnel-shaped corollas

The showy petunia, a native of South America, gets its name from an obsolete French word for "tobacco," petun. That word, in turn, is from the Tupi word petí̵ma, of the same meaning. Why tobacco? The two plants are botanically related.

Likelihood of starring in a rhyming couplet: limited. Vicuña is a perfectly good word, though. 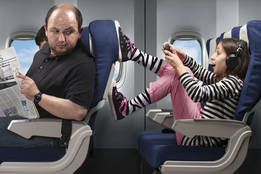